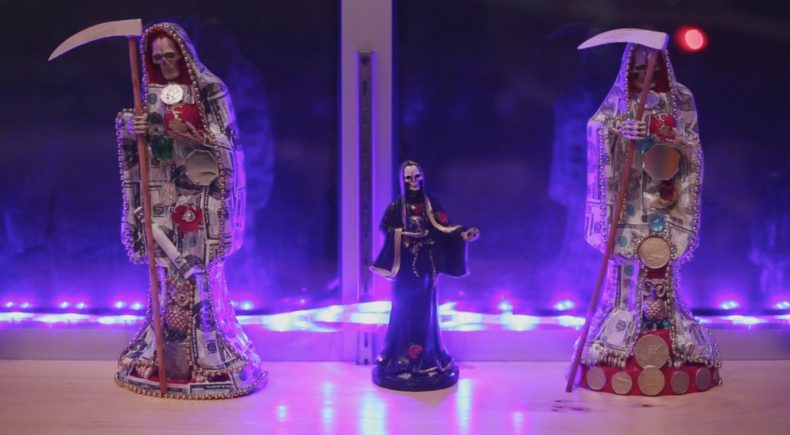 WE ARE MADE OF BONE

We are Made of Bone (Somos de Hueso) is a documentary look at Mexican immigrant life and the fast-growing subculture that venerates the folk saint Santa Muerte (Saint Death). The film is a colorful celebration of this thriving transplant community in Queens, and a religion in which devotion takes the form of parties, late-night worship sessions and a reverence for death.

Olivia Ebertz is a New-York based director and producer of sensitive ethnographic documentaries featuring unorthodox structure and subject matter. She just completed her first solo-directed film, Somos de Hueso, about Santa Muerte followers in Queens. Previously she co-directed Rubber Capital, a documentary about suburban strip mall-based prostitutes. She holds a BA in Anthropology from Oberlin College and a Graduate Certificate in Documentary Filmmaking from the New School for Public Engagement. She speaks several languages pretty well and is currently struggling to learn Russian via Skype Lessons.