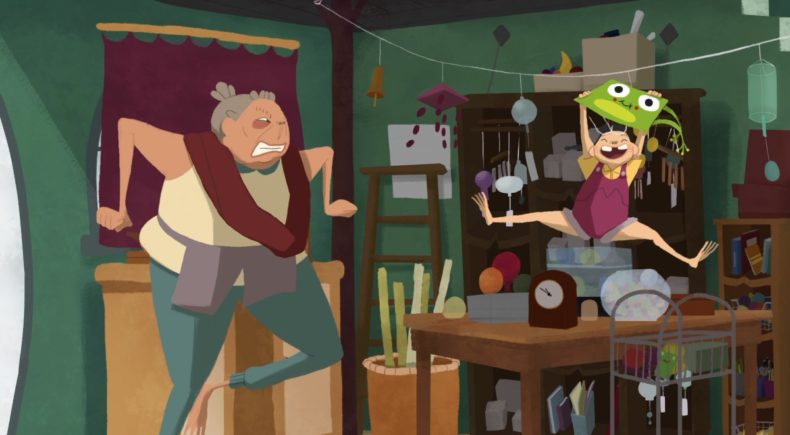 In a world suspended inside the unending gale forces of a tornado, Sunny's burning desire to play outside at the disapproval of her Grandma spirals rapidly out of control.

Victoria Dinh, Sun-Min Lee and Richard Chhoa are all animators and creators from Sydney, Australia. Having spent a significant amount of time growing up watching rentals from Video Ezy, Victoria Dinh has always had other worlds in mind. Growing up in Sydney, Sun-Min Lee's exposure to diverse cultures as well as her family's Korean traditions culminated in an eagerness for telling unique stories that were still available to everyone. Richard Chhoa was a four-time winner of Sydney LoopdeLoop, a bimonthly international animation challenge, and had a keen interest in character animation. Driven by a desire to push the limits of their abilities, it was only natural for the three to gravitate towards working with one another for their final year at the University of Technology Sydney, graduating in 2016 with an Honours short film, "Tornado."

Tornado is an ambitious short film made for our Honours year at the University of Technology, Sydney. The idea was spurred from “what if” conversations between the three of us – what if people lived in a tornado? What if a grandma misses her kid in the wind, literally? What if you could surf the wind with kites? These initial thoughts became the basis of our story, and we did our best to keep the silly spark alive throughout the making of the film. As we are all of Asian heritage (Korea, Cambodian-Chinese and Chinese-Vietnamese), it was important for us to design Asian characters from familiar faces. We spent a lot of time sifting through old photos of family members when designing Sunny and Grandma, and the characters as a result have traits resembling the real life people themselves! Through the film we wanted to convey the importance of communication between adults and children. We hope that our film encourages people to be better listeners and see the world from a new perspective.