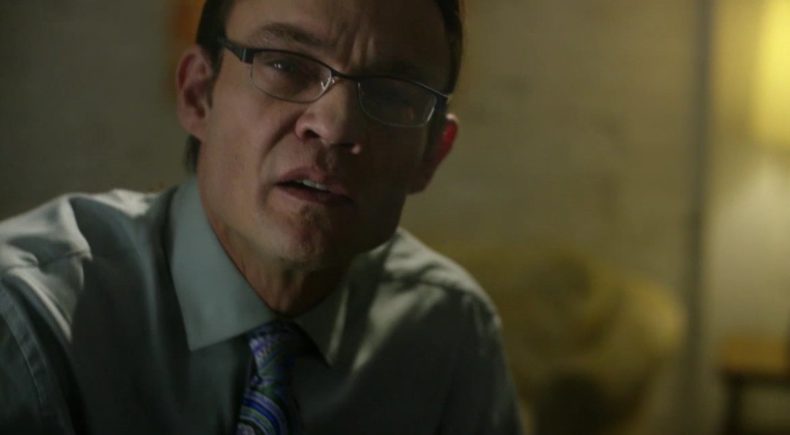 Lance Larson is a multi-award winning director for Synthetic Pictures and a producer/editor for Fox Studios. Previous employment includes director for Giant Pictures, Stone Core Films, FM Rocks and promo editor for Universal Pictures and Blockbuster Entertainment. Lance earned a bachelor of science degree in radio, television and film from the University of Texas at Austin and resides in Los Angeles, California with his wife, Rose, and their two sons Alden and Landon 'Bo' Larson.

Six months ago I had the pleasure of reading a thought provoking scene from a friend's manuscript. I was so troubled by it I had to read it again and again. How could one scene hold so many unique perspectives? Was it one perspective or four? Were they physical or metaphysical? Depends on what lens you view them through. Out of context the dialogue was meditative and therapeutic to the point of inspiring mindfulness. Now mash that into a jarring torture scene and the puzzle starts to take shape. Every unsettling image was delicately laced with the soft caress of a sympathetic voice that empowered the subject to rise above and let go. Before shooting the short I needed to know what inspired my friend, James R. Adams II, to write the scene. James talked about the human condition of overcoming obstacles. Everyone is working through some kind of pain whether it be addiction, loss, self image, etc... We all have work to do. Sometimes we seek therapy or just let the voice in our head be the guide. This scene is ultimately about self-reflection and growth. With that in mind I chose to shoot the scene in 1st person. That way the experience is more personal to each audience member who watches it. I found the juxtaposition of my friend's scene both intriguing and equally unsettling. I hope the film does the same thing!