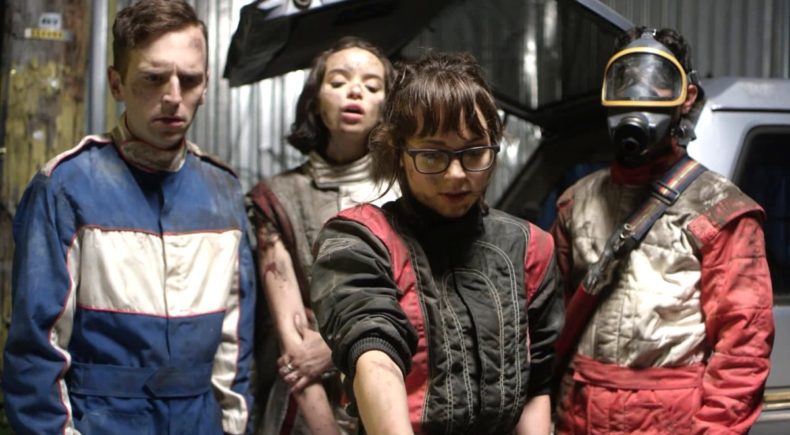 A band struggles with a radioactive energy in their music they can't control.

Dylan Allen is the founder of Amalgamated Picture Co, an award-winning production house based in Brooklyn, NY. His short film Epilogue premiered at the 2013 Tribeca Film Festival and was featured on Short of the Week, Vimeo Staff Picks, Fast Company, The Atlantic, io9, United Airlines, Film Shortage and NoBudge, where it was the most watched film of 2014. He is a card-carrying member of the Brooklyn Filmmakers Collective.

The Privates is a sci-fi rock-and-roll comedy about the absurd frustrations and minor triumphs of an unknown rock band with a radioactive energy in their music they can't control. The film explores themes of ambition, perfectionism, popularity, personal safety, compromise, and the subjectivity of success. It has respiration masks, electrical fires, jumpsuits, geiger counters, lightning, and guitars. It is also funny. The Privates is inspired by, and features the music of, the Nashville band of the same name. Though the characters, story, and world are fictional, this film is the eventual result of a very real late-night basement show in 2005.