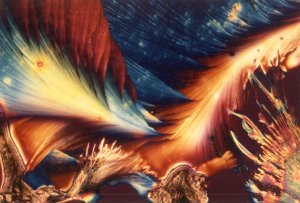 A short film about the hidden mysterious world of microscopic crystals, seen through the lens of "The Crystal Photographer."

Throughout our entire production we have tried to make films that were founded on the visual rather than the narrative aspect of cinema(photography)! We strongly feel that the most important process in filmmaking is to be able to picture your vision rather than to explain it! Therefore we are mostly concerned with the craft of photography and editing, but also the composer and his score is vital for the "final cut". Only when the different crafts of filmmaking are united in a superior way, are able to produce a piece of film, that is worth while! We hope "The Crystal Photographer" is a short example of this filmic philosophy.