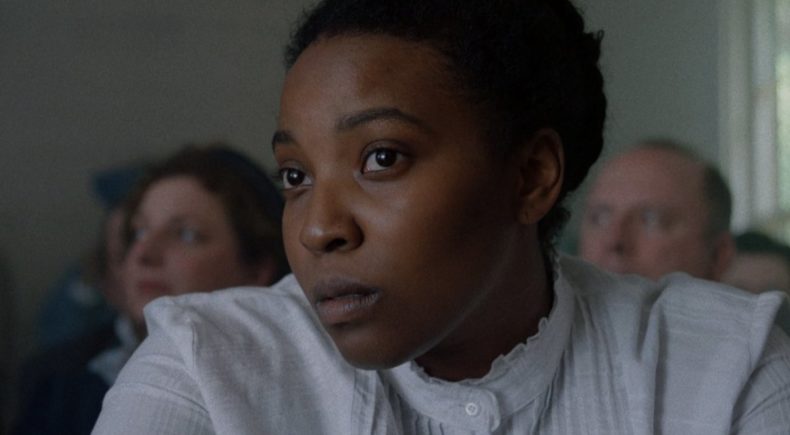 AN ACT OF TERROR

The true story of Virginia Christian, a 16-year-old African American girl accused of murder in the Jim Crow South.

Ashley Brim is an award-winning Los Angeles-based filmmaker. Her short film AN ACT OF TERROR, starring Olivia Washington and Tonya Pinkins, premiered at the 30th Annual Virginia Film Festival where it won the Audience Award for Best Narrative Short. The film is a finalist for the Summer 2017 Roy W. Dean Grant from From the Heart Productions and won the Audience Award for Best Short Film at RIFF. Ashley is a HALF Foundation fellow in the 2017 class of the Ryan Murphy Television Directing Mentorship Program and she recently won the 2018 The Film Empire "Fempire" Filmmaker Competition. Ashley currently serves as Assistant Producer on the Showtime series HOMELAND.

AN ACT OF TERROR is a short film based on the true story of Virginia Christian, a 16-year-old African American girl who was accused of murdering the white woman she worked for in Hampton, Virginia in 1912. I encountered Virginia Christian's story around the same time #sayhername and #findourgirls were trending on social media. Sandra Bland. Tarika Wilson. Korryn Gaines. Name by name my eyes were opened to the violent oppression and silencing of black women in my country. AN ACT OF TERROR is about sacrifice, injustice, and having a voice. Using court documents and newspaper articles, including two jailhouse interviews Christian gave while she waited to learn her fate, my writing partner and I have reconstructed her version of March 18, 1912. When these events are shown through Christian's eyes, we viscerally experience how easily a racially biased culture can use their institutions to intimidate and disenfranchise an entire community. History repeats itself because stories like Virginia Christian's disappear. Through AN ACT OF TERROR, I hope we're able to more closely examine America's failure to address its legacy of racial inequality and the centuries of racial terror that legacy has wrought. Until we find the courage to do so, we are bound to the ugly history we have inherited and the lies we've told ourselves to live with it.