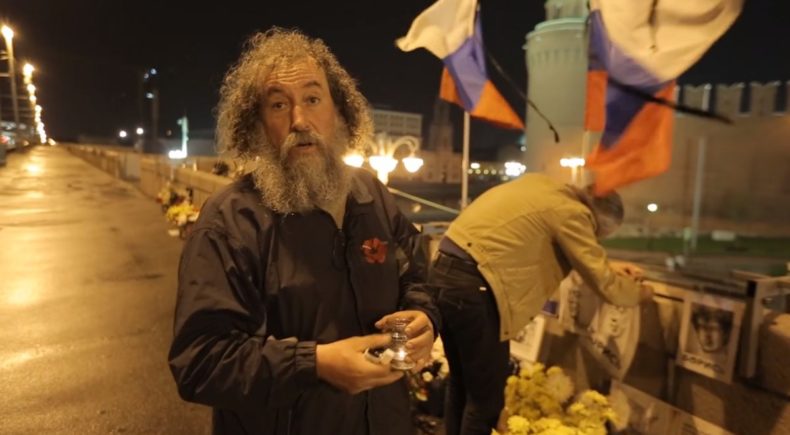 A tireless caretaker of the Nemtsov bridge visits the improvised site day after day, a memorial set up by volunteers by the Kremlin walls at the place where opposition politician Boris Nemtsov died in a blatant political killing. This caretaker gives his time to protect the memorial from vandals who have repeatedly tried to tear it down. He tries to keep this memorial, already a symbol of outrage at political murders in Russia, going. However, the Russian authorities have stood opposed to the memorial and have tried in every way to do away with it. This caretaker resists pressure from the authorities and continues to protect the memorial year after year.

Ivan Makachev was born April 3, 1991 in Moscow. After finishing the school in 2008 he entered the Moscow Institute of Radio Engineering, Electronics and Automation. While studying he understood, that he don't want to be an engineer. He make videos since 2011, and in 2015 he entered the Pro-Vision Cinema Film School. His master is Sergey Abradov. Shooting movies is the main Ivan's occupation nowadays.