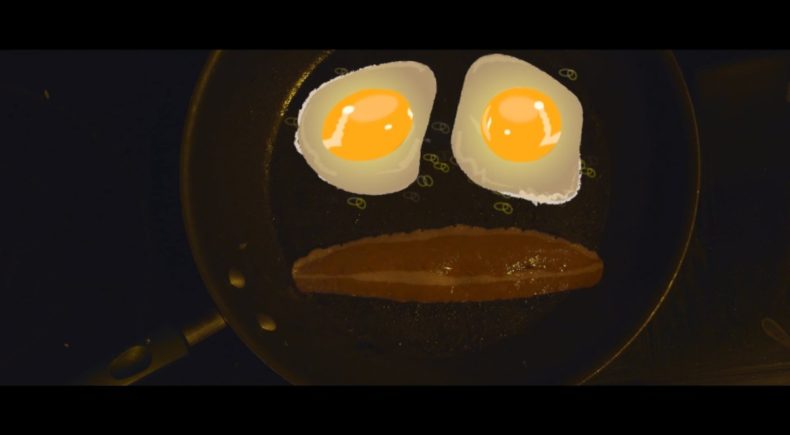 Animation and live action are combined along with Persona-esque inserts to create a surreal world all its own. The main character, Simon, exists as a deer in headlights, frozen by life's questions that he can't seem to answer. His wife, Susan, exists as if the tangible world is all that matters. When Susan asks for a divorce over breakfast, Simon is forced to relive his failed relationship in purgatory.

Marie Karkehabadi is an aspiring writer and director. She currently lives in Pittsburgh, Pennsylvania where she enjoys cooking, crafts, and hamsters. She has worn many hats on many student films, both figuratively and literally, often production designing for her peers. Marie's favorite thing about film is assisting in the subtle tiddly bits that make the world of a film as layered as a zesty onion.