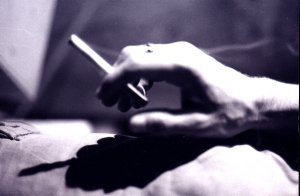 Henrik has been interested in European and American film since his early childhood. In 1996 he left Denmark to study cinema in Hollywood and pursue a worldwide career in film. He wants to entertain people.

By shooting "Full Moon At Midnight" I wanted to expose the fear of success and revive the faith in one's dream by presenting an allegory. Making film is a powerful medium. It is my wish to entertain and help people find the truth within themselves...