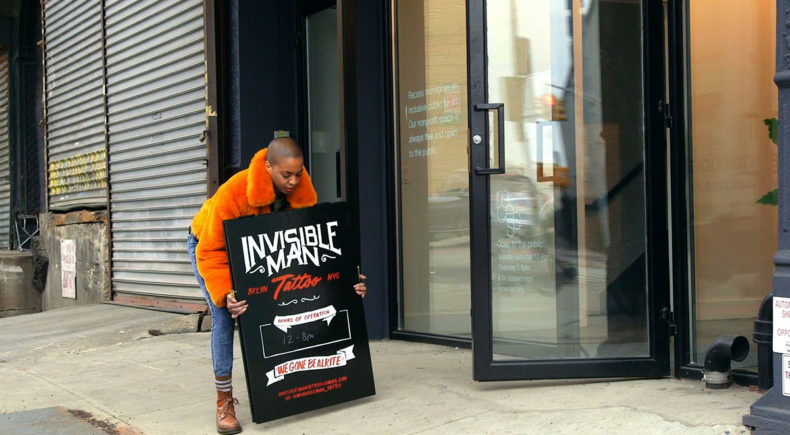 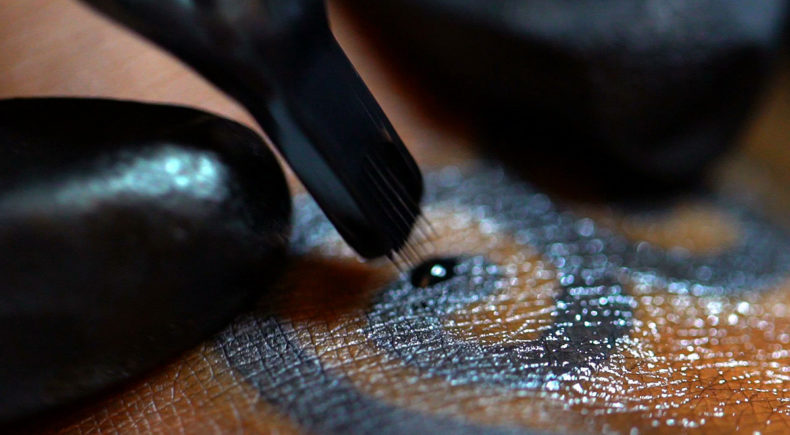 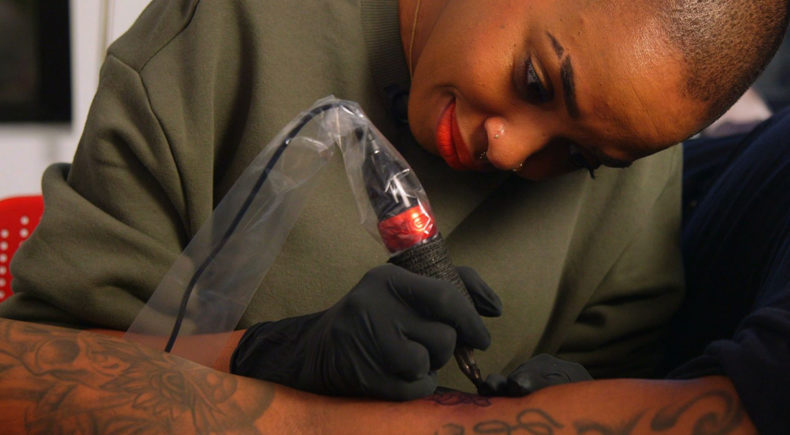 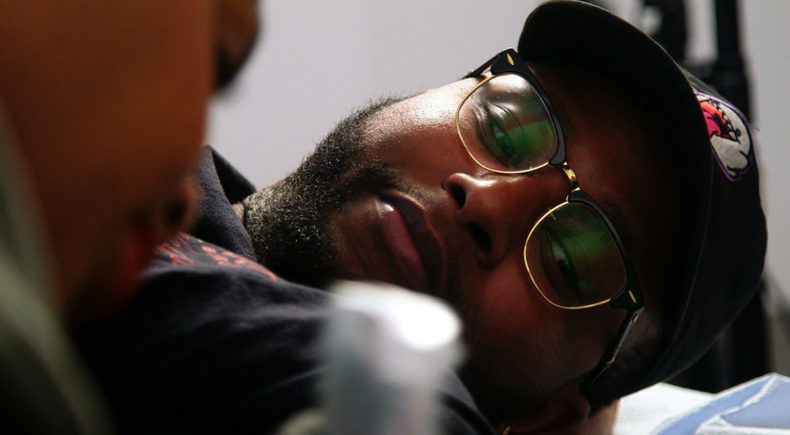 In early 2018, at the height of the excitement surrounding the film “Black Panther,” artist Doreen Garner hosts “Invisible Man Tattoo,” a pop-up tattoo shop in Brooklyn’s Recess art space. A noted sculptor and licensed tattoo artist, Garner swaps sculpture for skin and inks iconic Black American heroes and imagery on her Black friends and peers. With “traditional American tattoos, there’s always a void; there’s no Black presence,” explains Garner. In response, the artist creates a space steeped in the visual history of Black culture in the United States. Participants can select flash tattoos of James Baldwin or a cotton plant or propose a custom design that informs their Black identity. For many, tattooing can be seen as an aggressive act of body modification. But, in this case, Garner positions it as an act of self-care. “These tattoos are so celebratory of Black excellence and Black history, it’s kind of initiating a healing for Black people.”

Nick Ravich is currently the Director of Production at ART21, a Peabody-winning documentary production and contemporary arts organization. As a co-creator of ART21's Webby Award-nominated online series "New York Close Up," Nick has worked with over 25 collaborating subjects, directing and producing narratively diverse and visually stylish portraits of New York City-based artists.