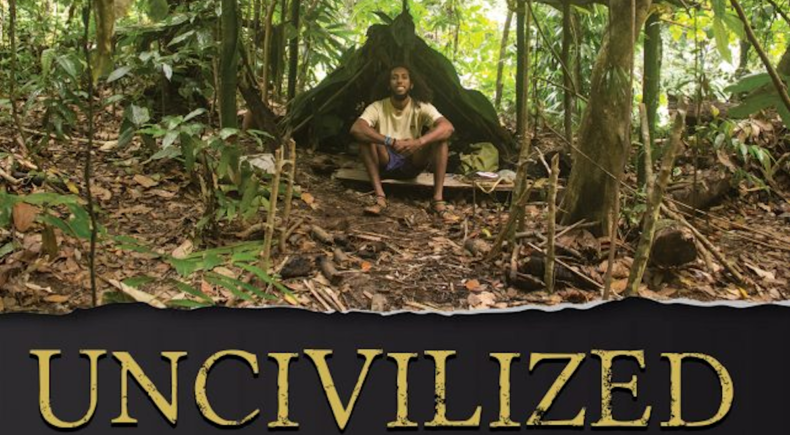 Disenchanted by the modern world, Michael Lees heads into the forest of Dominica with some basic survival gear, religious texts and a camera. "Why did man ever leave the forest? And what makes for a good life?" Just as he starts to acclimatize to his new life - the unexpected; Category 5 Hurricane Maria, one of the top ten strongest Atlantic hurricanes in history, makes a direct landfall. Michael is caught out in the open in a palm leaf and bamboo hut. With the nation in ruins, the forest destroyed, and essential services knocked out islandwide, the entire country must now return to a past way of life if they hope to survive.

Michael Lees is a Dominican film-maker whose films explore themes of environmentalism and spirituality, aiming to connect the dots in the "bigger picture." Michael attended UNC Chapel Hill, where he spent the first half of his college career studying business at the Kenan-Flagler Business School, later switching his major from business to film.

Never one to shy away from bold decisions, in 2017, Michael embarked on his latest project, UNCIVILIZED, which would lead him into the forests of Dominica, where he would eventually face Hurricane Maria alone in the forest, in a palm leaf and bamboo hut.

Lees has written, shot, and edited for clients ranging from Billboard to UNICEF. Much of his inspiration is drawn from his home island, Dominica, and from an unquenchable curiosity about the world around him.

Are we going forwards or backwards? This is a question I constantly found myself asking over the years, and was the core of my motivation for going to live in the forest and embarking upon this project. What if we originally had everything we needed to be happy, but couldn't see it due to our alway-wanting-more nature?

At this very moment we are amidst the beginning of a climate crisis - a crisis brought about largely by the "development" and "progress" of our developed capitalist world. Maybe this model is inherently unsustainable. Maybe the myth of infinite growth and infinite progress is just that? A myth?

Armed with a few basic tools, a camera and some religious texts, I went to live in the forest to see if I could find some answers. That journey turned into something much bigger when Category 5 Hurricane Maria devastated Dominica, sending all of Dominicans back to a lifestyle they thought they left behind. What was beautiful to see was, despite the challenges, how easily Dominicans adapted, reverting back to the land, back to the ways of our parents or grandparents - a life in harmony with the natural world. So who is ahead and who is behind? And is this even a useful framework? This is the core of "Uncivilized".