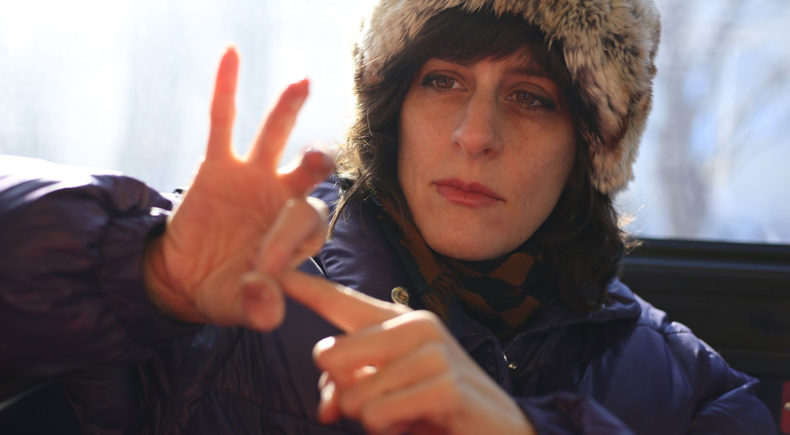 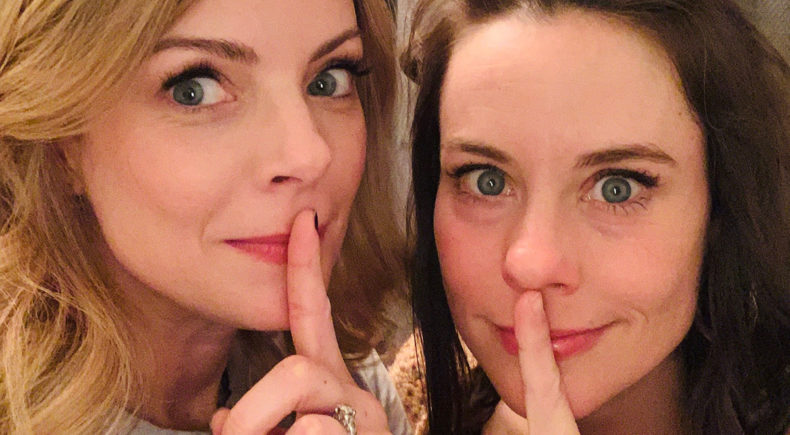 Two sisters in a bathroom debate their different approaches to the patriarchy.

Shaina Feinberg is a filmmaker from New York City. She specializes in micro-budget filmmaking. Her first film, The Babymooners, blends documentary and narrative fiction and was picked up for distribution by Screen Media. Her six-part digital series, Dinette, which follows a group of female and gender nonconforming friends, was produced by BRIC Arts Media, premiered at the Tribeca Film Festival (2018) and was shouted out by New Yorker TV writer Emily Nussbaum. Season two of Dinette stars Alysia Reiner (Orange Is the New Black), Lisa Haas (Search Party) and Maeve Higgins (Extra Ordinary). Shaina’s short film, Shiva, which is a hybrid of improvised comedy and real-life grief, premiered at the Tribeca Film Festival (2017). Her follow-up to that piece, a 60-minute film called Senior Escort Service, won the Visionary Award at Cinequest Film Festival (2019) and is being distributed by Random Media. Her third feature, Blunderpuss, is about a clown who goes on an apology tour after a brief stint in rehab. In 2019, Shaina was named by Indiewire as 1 of 25 queer filmmakers to watch. She co-wrote and directed Aliens of Extraordinary Ability, an original series for Audible. She also directed a second original series for Audible, Phreaks, which stars Christian Slater and Carrie Coon. Shaina's book Every Body–a candid look at sex from every angle–is due out in January 2021 from Little, Brown. Her bi-weekly column in The New York Times, "Scratch" is an illustrated look at the world of business.

As a "female filmmaker," the most important thing to me is that everything I make adds to the lexicon of well-rounded female characters. Stud Boob does that, with two well-rounded female characters. In a world where white male filmmakers get to continuously make movies in which women only smile angelically and utter a mere handful of words (e.g. Once Upon a Time in Hollywood), a world where women are forced to play flat one-dimensional characters who are there only to serve the purpose of the male protagonist, it is incredibly important to me to create work that does the opposite of that. Women aren't here to just serve men and their stories. Nor are they here to smile angelically, masking their real feelings - whether they be anger, despair, embarrassment, anxiety, rage or all of the above. That's what I love about Stud Boob. When Ashley Williams sent me the script - it immediately spoke to me. Here were was a woman (played by Ashley in the short) who was truly dealing with her feelings - all of them. I loved the realness of this woman and I felt so similar to her. Like Ashley's character, I too have marched and protested and donated and still feel anger and despair over our current political climate - the horrific treatment of immigrants, trans people and women is mind boggling. I totally sympathized with Ashley's character - what are you supposed to do with these overwhelming feelings? What appealed to me even more was that the other character in the short - the sister, played by Ashley's real-life sister Kimberly Williams - was not aligned politically with me, but was still appealing and fully formed. I think too often, we surround ourselves with people who think exactly the way we do - the bubble. It's not good. I think if people from different perspectives could talk to each other more openly, our country wouldn't be in the position it's in now. In Stud Boob, these two sisters are having it out in a bathroom. They don't see eye to eye but they treat each other decently and they each get a chance to speak their mind. I hope this short will grab you the way it grabbed me. I hope you can see what's so special about it - naturalistic performances by these real-life sisters, talking openly about something complicated and nuanced - all in 9 minutes. Thanks for watching!