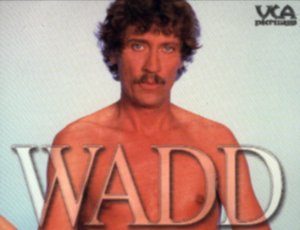 WADD - THE LIFE AND TIMES OF JOHN C. HOLMES

In the history of adult cinema no name is better known than that of John C. Holmes. As filmmaker P.T. Anderson (Boogie Nights) states: "I think you could mention the porn stars from today's world and housewives in the middle of America wouldn't know what the hell you were talking about, but if you mention John Holmes, everyone knows." WADD" is a documentary that explores the many facets of the life and world of this pop-culture icon. From his childhood in rural Ohio to his death from AIDS, this film unravels the myths surrounding Holmes and lays bare the darker side of his persona.

Cass Paley is president of Cassel Productions, an independent, full-service production company that has produced numerous documentaries for American television and international broadcast over the past 20 years. Among his credits are the "Saga of Western Man" series (ABC) and the Emmy Award winning National Geographic Special "Journey to the Outer limits." As project coordinator for Unicorn Films, Paley oversaw production and post-production of many ABC World of Entertainment specials.