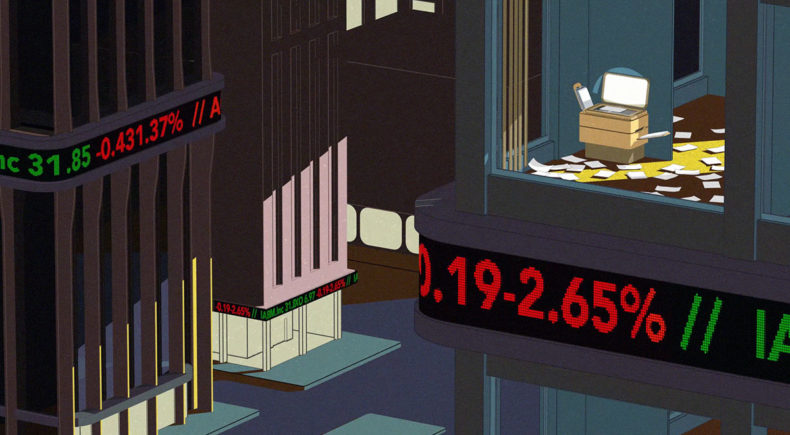 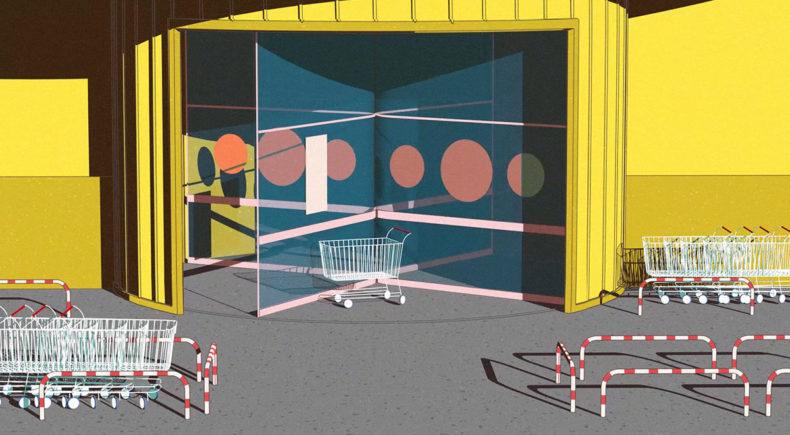 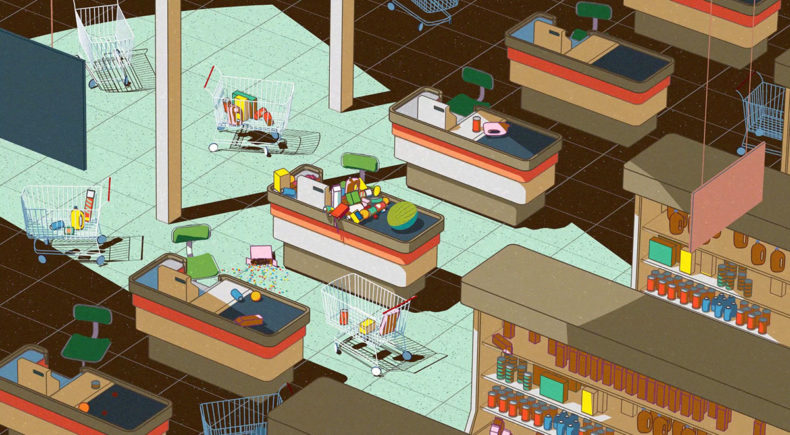 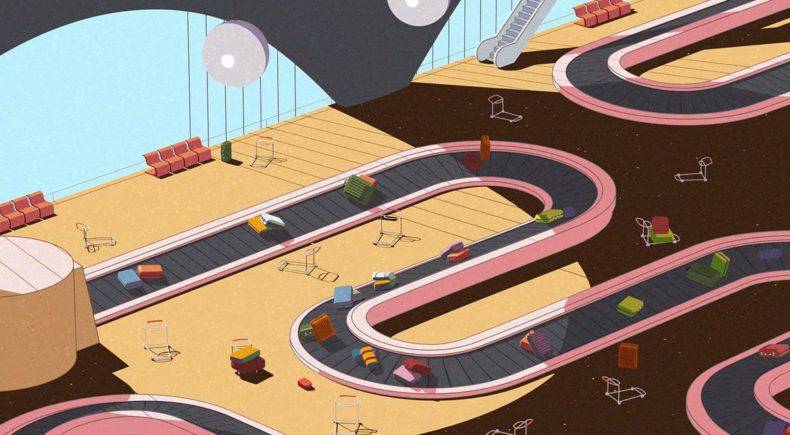 Completed before the global lockdown, Empty Places is an ode to the melancholy of machines.

For the past ten years, Geoffroy has also been developing work on the border between illustration and animation, which has led him to create images, still or animated, for the press and advertising. This research about "animated illustration" led him to work on very simple series of loops that had a great success on the internet, especially on his Instagram account.