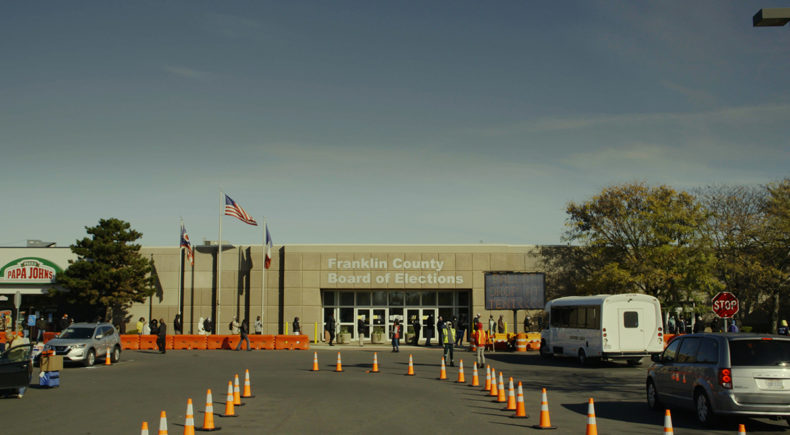 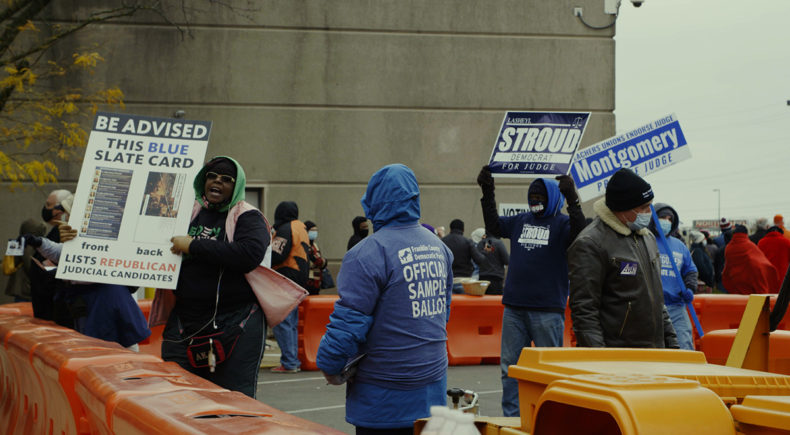 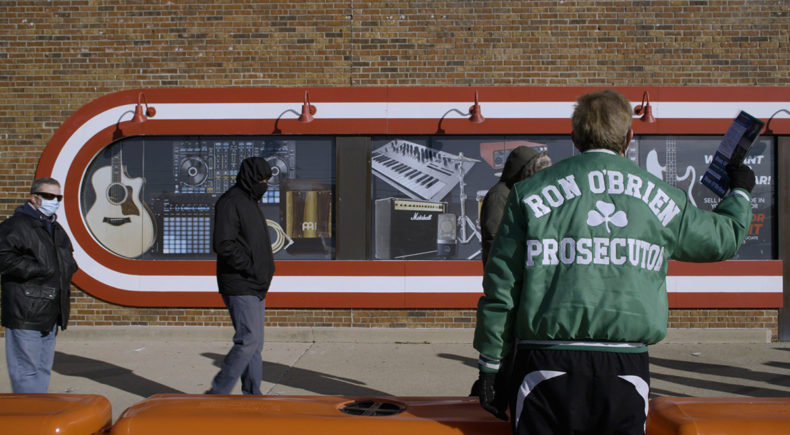 At the early voting line in Ohio’s most populous county, civic duty is made public.

Lydia Cornett is a filmmaker based between Columbus, Ohio and Brooklyn, NY. As a former musician turned filmmaker, she makes work that unites the restraint of observational storytelling with the physicality and connective qualities she associates with music-making. Her work has screened at BAMCinemaFest, Sheffield DocFest, AFI Docs, AspenShortsFest, Hamptons International Film Festival, and DOC NYC, where she received a Special Jury Mention for her film Yves & Variation. She was awarded fellowships to the Jacob Burns Film Center’s Creative Culture program and the UnionDocs’ Collaborative Studio, and she has received support from the Tribeca Film Institute, IF/Then Shorts, the Princess Grace Foundation, and the NYC Women's Fund for Media, Music and Theatre. Her work has been distributed and featured by The New Yorker, PBS (POV and Reel South) Nowness, and Vimeo Staff Picks.

Until 2020, Ohio had voted for the presidential winner in every election since 1964. Franklin County, the liberal stronghold and most populated county in the state, faced its share of challenges in November 2020: errors in absentee ballots, record in-person early voting turnout, and a polarizing political climate with rising Coronavirus numbers. PARTY LINE documents the experience of those who waited in line to ensure their votes were counted, revealing a public event that encompasses everything from last-minute political campaigning to a dance party in a hailstorm. As individuals from all walks of life wait in line, contradicting ideologies butt up against each other and community finds various forms.