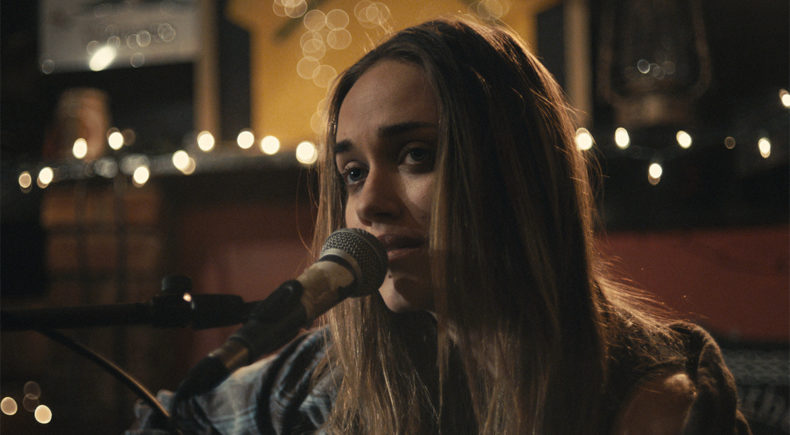 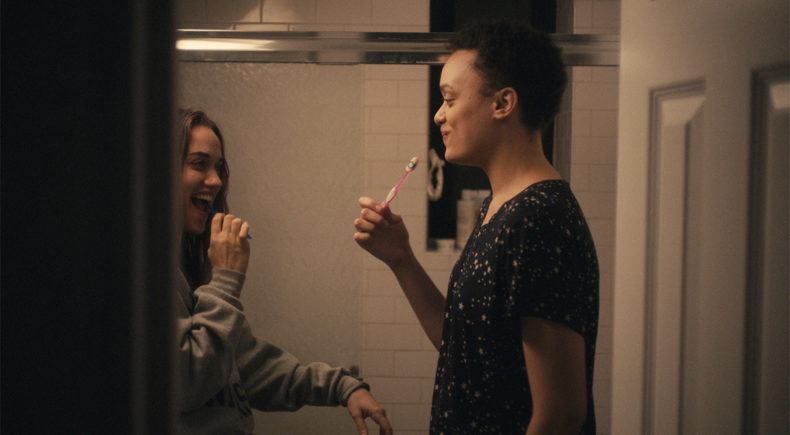 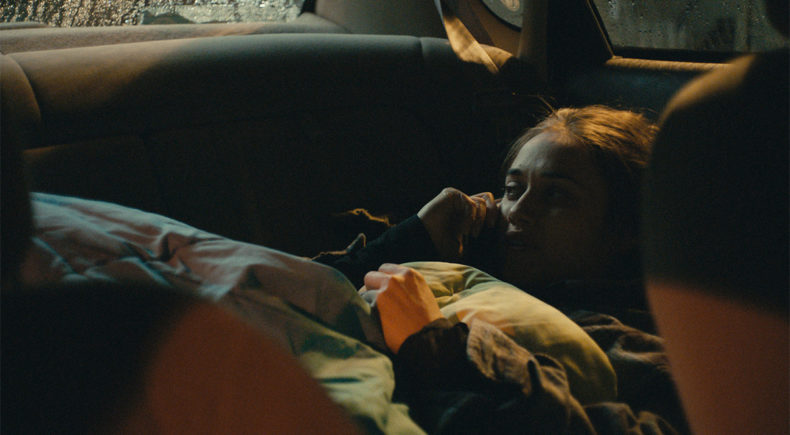 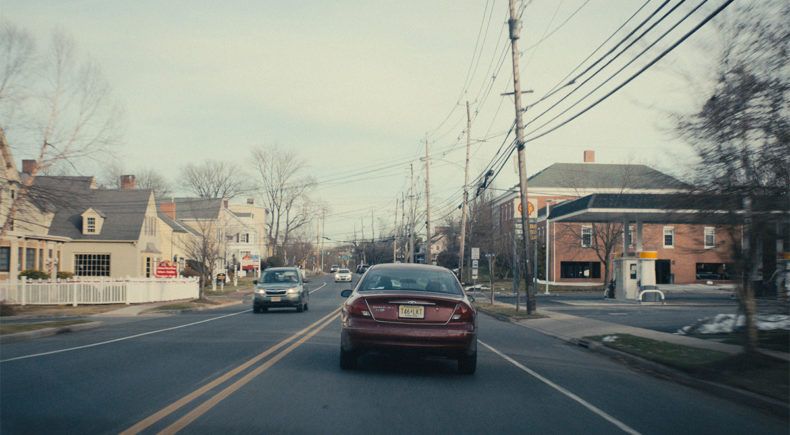 Jules, a nomadic, independent singer-songwriter, travels from city to city, playing gigs for anyone who will listen. She doesn’t have much, just a guitar in the backseat of her beat-up Ford Taurus, which often serves as a hotel room when she can’t scrounge up enough to get herself a real bed. She’s used to bumps in the road – disgusting gas station bathrooms, cash shortages, homesickness – and has grown accustomed to her solitary lifestyle. When her solo tour makes a stop in a quaint town, she anxiously invites her ex-girlfriend, Phoebe, who’s attending medical school nearby. Jules and Phoebe reconnect almost instantly, and Jules is suddenly faced with everything she’s been missing. Five Song Tour asks, simply, how do we balance the pursuit of creative passion with the need for stability, the comfort of home, and the universal desire for human connection?

Chloe Jury-Fogel was born in San Francisco and is a graduate of NYU’s Tisch School of the Arts. She is a recipient of the Susan Sandler Screenwriting Award, and her films have screened at Maryland Film Festival, Frameline Film Festival, and the London Short Film Festival, among others. She is currently developing her first feature, CHERRY, which was a finalist for the Richard Vague Grant and a participant in the 2019 MOME Finance Lab.

You can catch Chloe performing monthly with her musical improv team, Good Catch, or playing guitar to herself very shyly in her Brooklyn bedroom. She also works as the Video Producer & Editor at Jazz at Lincoln Center.

Ever since I can remember, I’ve always been deeply inspired by musicians. As a kid, I would lie on my bedroom floor and listen to my parents' albums, and stay up late watching interviews and live performances by my favorite bands. As I got older, and started seeing live shows, I became increasingly fascinated with touring musicians. There was something both so romantic and so devastating to me about "the struggle” - the solitude, the hours in a car or bus, being in a new city every day. As I became more serious about pursuing my own art, I saw touring in a different light - as a necessary means for these artists to make a living, and to share their work with as many people as possible. "Five Song Tour” was born from an image that has run through my mind over and over again - a young woman living out of her car with just a guitar in the backseat.

Pulling inspiration from road films such as INSIDE LLEWYN DAVIS, WENDY AND LUCY, and AWAY WE GO, "Five Song Tour” captures the specific experience of Jules, a young, queer, female artist on the move, chasing a dream, despite daily challenges. When she reconnects with her ex-girlfriend, Phoebe, she’s temporarily tempted to put it all on hold for the promise of real connection. As a queer filmmaker, I'm constantly trying to tell queer stories without making the characters' sexualities the centerpieces. Jules and Phoebe’s queerness isn’t overstated - it's a normalized relationship with challenges beyond queerness.

I’ve often found that my desire to be successful in my creative work can overpower every other aspect of my life. I find myself rejecting social engagements, time with friends, even romantic relationships, with the excuse that I need to focus on my work. There are times where it feels necessary to "struggle,” or the art somehow isn’t real or earned. Pursuing an artistic career comes with constant self-doubt, rejection, and failure, and there have been so many times where I felt that I didn’t "deserve” a break, that I needed to keep pushing forward, even if it was harmful. "Five Song Tour” explores this idea, while reminding us that it’s important to take a step back once in a while and allow someone else to take care of you, even just for a moment.