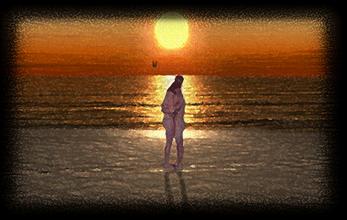 Based on Gershwin's lullaby, performed by Booker T. & the MG's, 'Summertime' is a visual interpretation of music - A journey through an isolated coral island, in the form of a ballet danced by the elements of nature itself; Illustrating and celebrating the connection between all life.

Nico Clark is 33 years old and was born in London. Having studied Fine Art in Sheffield, England and San Jose, California, he worked for five years as an art director / graphic designer in Film and TV, including Jane Campion's 'Portrait of a Lady' with Nicole Kidman. Since 1998, he has taught film and animation at the National Centre of Computer Animation at Bournemouth University. 'Summertime' has been made in his spare time over the last five years and is the collaborative work of staff and students at the NCCA.