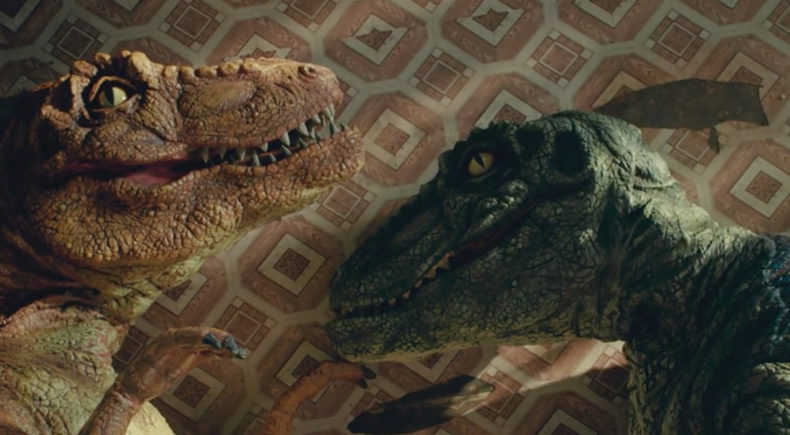 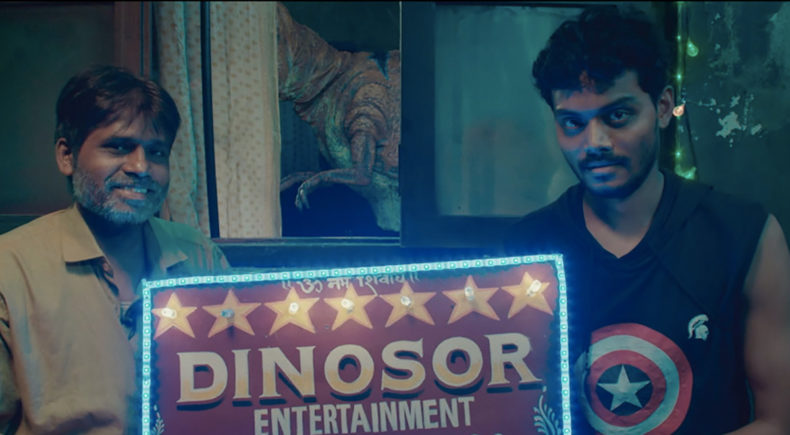 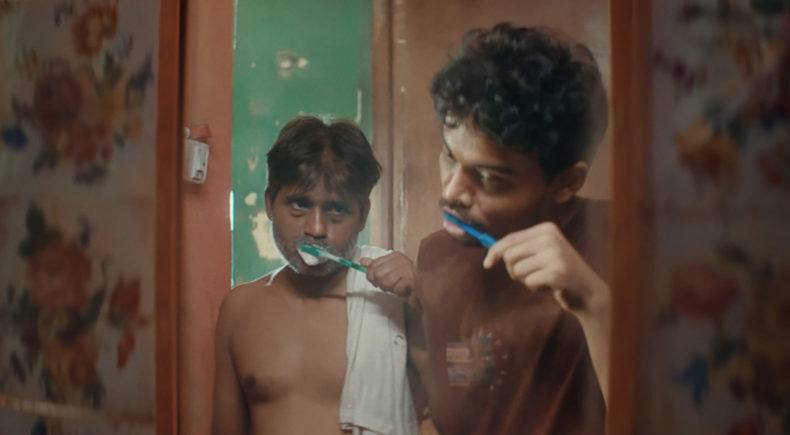 Few years back, Sudhir and Vinod- two brothers- put up a Business together, '7 Star Dinosor Entertainment'. Dressed as giant dinosaurs they would dance to Bollywood songs at weddings, birthday parties and mall events.

They would practise dinosaur moves and enact scenes from their all time favourite Jurassic Park movies. They enjoyed peeking through windows and chasing screaming kids through corridors.

But today we find them two years deep into the pandemic. No public functions are allowed anymore. We find the brothers jobless and hungry. The giant dinosaurs cramped with them in a single tiny room of the shoddy tenement.

The food is running out and so is the patience.

When it comes down to the last morsel, will they split it in half or will they come to blows- one brother against the other?

Born and brought up in the city of Mumbai, Vaishali Naik is a writer/director whose heart beats to the pace of urban Indian life.

She has been writing for screen for the past 10 years, has birthed popular tv shows and written feature films that are soon to see the light of day.

'7 Star Dinosor Entertainment' is her debut short film and also her first step towards direction.

'7 Star Dinosor Entertainment' is my debut film as a director. And I am very excited to bring it forth to the jury and the audience.

Few months back, when the idea of the film struck me, it was too bizarre to resist. But as the writing process began, I couldn't ignore the pandemic and its woes. I witnessed the Indian exodus of migrant workers from the cities back to their villages. From the janitors in the building, to the hawkers in the neighborhood, everyone just packed up and left one day. That they had to say goodbye to Bombay like that, became a matter of personal loss and concern. So the tragedy found its way into the film organically, yet urgently. What began as a whim, became a responsibility.

I am Vaishali Naik. This first film is very special to me. Welcome to the beginning of my journey as a filmmaker.