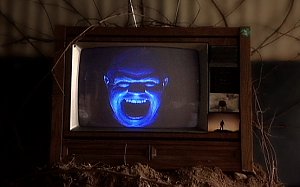 A dark story about an inconsequential gentleman living with a rather unusual roommate. Jack's everyday life revolves around the need to find comfort in those who surround him...even though consolation is the last thing that he receives. Full of abusive relationships and torn emotions, his life is a sad shadow of the past as he copes with the daily grind of survival...but for how long? A modern day fairytale that quickly transforms into a surreal nightmare - the film's unique visual style is flavored with oddball humor amongst the backdrop of lavish colors and textures.

Robert is the firstborn son of two polish immigrants. At 17 he cut his teeth at a documentary house in midtown manhatten before moving on to the commercial world and working with the likes of Nigel Dick, Eric Ifergan, Brian Frank, Believe Media, A Band Apart, and Urban Myth Media. "smalltalkjack" is his debut color short film.