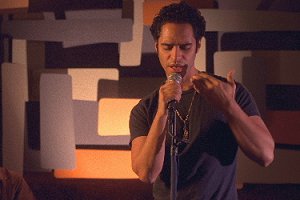 Eddie is a Puerto Rican police officer who moonlights as a slam poet. That is until one night, when another officer, just because of the color of his skin, shoots him. Shot entirely in Williamsburg, Brooklyn, and based on a poem written by world renowned Puerto Rican author Piri Thomas, the film combines spoken word with music and creative visuals to form a culturally expressive piece.