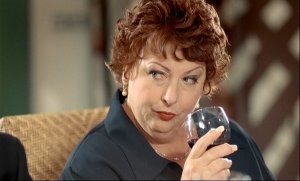 Gravy is a short story about an over-protective mother who invites herself over to her son's apartment for dinner. Much to her shock, she learns that her son's new flatmate is a girl. Though the son insists there is nothing going on, the mother suspects otherwise. She sets out to find the truth.

With a background in Corporate Film and Commercials, Karl made his transition into documentary with such titles as Vladivostok Closed City, One Child, Two Worlds, Ordinary Madness and X Marks The Spot. The visceral nature of his work attracted music entertainment companies such as Columbia, Epic, Universal, Village Roadshow and Warner. Karl continues to work with condensed story lines in Music Video and Commercials. He has recently commenced experimenting with short film dramas and completed two full-length screenplays. He enjoys writing and is committed to the ongoing development of intellectual property, drawing from his background in Cinema Verite and Real-Life Narrative.