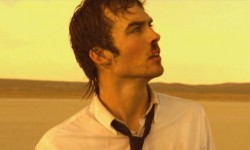 At a utopian prep school in the year 1934, two unlikely allies - the school's Valedictorian and its most-feared delinquent - concoct an elaborate conspiracy to escape into the free world.

Dave Kalstein, a former staffer for GQ magazine, has his first screenplay (LIVING OFF INTEREST) in pre-production with Crossroads Films, a division of United Artists. He is currently securing financing for NOBLESSE OBLIGE, his feature-film directorial debut.

The director Dave Kalstein will be available for Q&A after the screening. The actors Ian Somerhalder, Cy Carter and Jordan Berkow will also be in attendance.