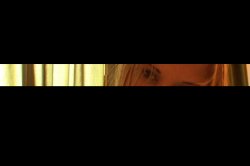 BEHIND THE SCENES OF P.

In a room of a brothel, a prostitute tells her friends some news that might change her life.

Director Margarita Jimeno will be available for Q&A after the screening.