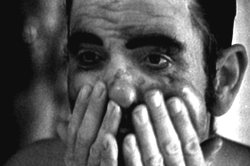 DO YOU WANT THE ELEPHANT MUSIC

The ring allows us to see the lives and feelings of circus performers and how they mirror our own lives.

Leslie Dektor, began his career as a still photographer in Johannesburg, South Africa. He immigrated to the United States where he has directed several documentaries, and has produced hundreds of television commercials, garnering 12 DGA nominations and winning director of the year twice.