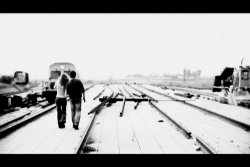 During a serene voyage to her late grandfather's house, a young woman and her estranged boyfriend stumble upon an old camera. What seems at first as an innocent encounter, unearth an uncanny and unnerving past.

Directors Navot Papushado, Guy Raz and Producer Aharon Keshales will be available for Q&A after the screening.