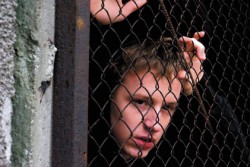 It's a story about dignity. It begins with a misunderstanding: a regular guy, Kaspar, stands up for the loser of the class, Joosep. It is an accident, a mistake, but later, when everybody asks why he did it, Kaspar will not admit his lack of intent. Instead, he claims his independence and defies the rule of the most popular guy in class, Anders. And so begins a war where teenagers no longer see where bullying ends and crime begins.

"The Class" is the first feature film from the acclaimed cultural profile of Ilmar Raag, known for his outstanding career in Estonian Television. After serving as Head of Acquisitions for Estonian National Television, he went on to become Chairman of the Board. From there Raag made his way back to the creative community, quitting the television business to write and direct "The Class" in 2007.