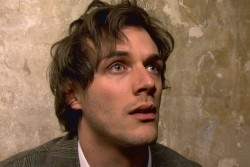 Samuel returns to Forbach, his birthplace, to receive a medal. In this coal mining city of Lorraine, everyone is proud of his Parisian success: a native of the region is on his way to become a famous actor. For Samuel, it is the occasion to take up with his family again. He believes he now can handle his mother and her alcohol problem and he wants to offer his brother the opportunity to pull through.

Claire Burger was born in 1978. Before entering La Fémis to study editing, she worked for two years as a TV reporter in Lorraine, her native region. While studying, she shot documentary reports for French Pink TV channel.

Director Claire Burger & Actor Samuel Theis will be available for Q&A after the screenings.