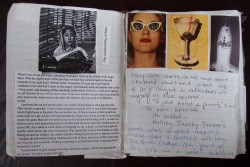 DIARY OF A TIMES SQUARE THIEF

Diary of a Times Square Thief documents a journey of discovery: the search for the writer of a mysterious diary that the filmmaker found on Ebay. This manuscript describes the adventures of a young man who, in the late eighties, left the Midwest of the United States to go to New York to realize his big dream: to find a publisher for his work and become a writer. He fails, and the diary gives a frank and confronting account of the author's subsequent downfall. This is where the diary ends; its last pages have been cut out with a knife. Diary of a Times Square Thief consists of small, intimate portraits of some of the colorful characters described in the diary, who could have known its writer. Through these encounters clarity gradually emerges about the fate of the talented but failed author, and about the value of chasing dreams. In addition, the film paints a vivid picture of the world-famous Times Square area when it was still a dramatically brutal urban jungle.

Klaas Bense has worked for many years in international film production. "Diary of Times Square Thief" is his debut as a director.