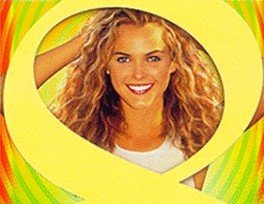 Peter is a seventeen-year-old geek. A thoughtful geek, but a geek nonetheless. The movie opens with him finding himself desperately in love (well, certainly in lust anyway) with Erica, the beautiful girl across the street. Erica's boyfriend is leaving town on a football scholarship in three months-but she's leaving too for college on the East Coast. We have a totally hopeless situation, as is clearly pointed out by Peter's best friend Matt. Peter's grandfather Nonno is not as easily convinced all is lost. A man who can turn on the waterworks from his eyes or his trousers whenever the need arises, Nonno convinces Peter to follow in an ancestor's footsteps: camp on Erica's lawn outside her balcony window day and night for as long as it takes until she gives him a chance. And so begins the most comically anguishing Summer Camp ever, lasting day and night, "8 Days a Week". Peter gets to know Erica, but also gets to watch her leave on date after date with the boyfriend, a presumably genetically-engineered asshole. He gets the initial support of Erica's parents, but a fair deal of wrath from his own. Nonno tells him love stories to keep his spirits up, but Matt is forever preaching the values of sexual self-pleasure. As days become weeks and weeks become months, Peter's ultimate blessing and ultimate curse comes from the fact that he lives in the world's weirdest neighbourhood. As the quest for Erica continues, Peter receives an education about love and life as he observes the crazy lady, a paranoid guy, the sexually smouldering divorcee, the next generation of neighbourhood children, and the old man next door who just might have murdered his wife. Peter watches his parents change, the murder-mystery deepen, and his lust for Erica intensify as he continues the vigil outside her window.

Michael Davis has lived in California for 14 years and graduated from film school. He has had many jobs in Hollywood but he really hopes "8 Days a Week" will be the film that gives him the opportunity to make more of the movies he's written.