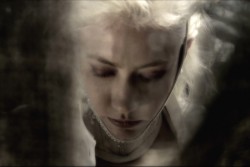 A 21-year-old girl born to a wealthy family is raised by her Creole nanny in the deep south. Constrained by restrictive, body correcting shoulder braces, straps and headpieces, she uses root work and conjures to manipulate her mind in the same way the braces manipulate her body.

Brothers Dimitri and Benjamin Djahanbani have both been active in the multi media production industry for many years. Dimitri sought a career as a freelance director/cameraman and DOP while Benjamin concentrated on refining his skills mainly as an editor in broadcast TV. Around 2002 they began working together on projects and eventually formed their own production company in Belgium, Acidpress. Their work as a production entity consists mostly of music videos and commercials with an occasional documentary and fiction project.