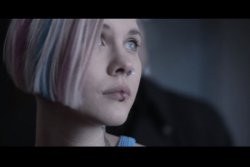 A young girl, creative and idealistic, dreams of brighter days in a forgotten Eastern European city. Her fate is inextricably sealed when she crosses paths with a scheming, and enigmatic old woman, who harbors a dark secret. What seems like a small act of cruelty between strangers, will fracture the very foundations of a city.

Since the start of his film career at George Lucas' famed Skywalker Ranch, Peter Szewczyk has had a front row seat to the crafting of Hollywood blockbusters by the modern masters of cinema. Sitting through what Szewczyk calls "a decade of dailies" with the likes of James Cameron, Andrew Stanton, Andrew Adamson, and George Lucas, he studied intensely, each director's approach to storytelling. Szewczyk contributed as an artist, animator, designer, and technician to the legendary franchises of Harry Potter, Shrek, Star Wars and Ice Age, but it was not until his time on James Cameron's "Avatar" that Szewczyk felt he was ready to leave the trenches of digital production, for the challenges of directing. As a first generation Pole, raised in Chicago, he balances the DIY spirit of American filmmaking, with the discipline and restraint more characteristic of European cinema. He currently lives in East London, where he is managing director of Light + Mathematics, a film and animation production company.