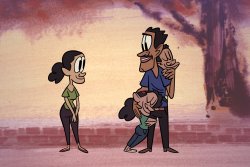 On the morning of September 11th, Michael Trinidad called his ex-wife, Monique Ferrer, from the 103rd floor of the World Trade Center's North Tower to say goodbye. In the wake of his death, Monique tells the story of Michael's lasting legacy-the family they built together.