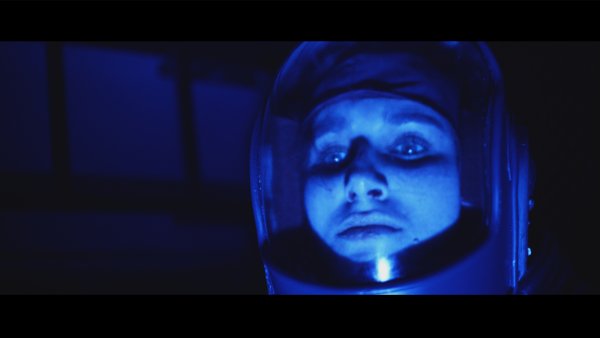 A fable of love, sacrifice and spaceships. Francesca and Joe are astronauts who've become lovers. Bunkered up in their little spaceship, Earth is a distant reality. Everything they want is right here. But now their mission is ending, and Joe's wife is waiting for him back home. Thinking she's going to lose him, Francesca makes a catastrophic decision.

Sabrina Doyle is a recent graduate of the Directing program at the American Film Institute. Her studies were supported by a Fulbright Scholarship, Mary Pickford Scholarship and BAFTA LA Scholarship. The British Academy BAFTA has designated her one its up-and-coming Brits to Watch. Sabrina was the first student from her inner-London school to win a place at Cambridge University, where she got a First in her Bachelor's and a Distinction in her Master's. She then worked as a BBC journalist for six years while writing and directing a number of award-winning short films, including Polanów, which won the First Jury Prize at the Cologne International Short Film Festival, screened at the London Short Film Festival, Bristol Brief Encounters and Leuven Kort, and was broadcast by the pan-European network Arte. She was also Associate Producer on the recent feature documentary The Crash Reel, which premiered at Sundance and Berlin.

I love Space movies – from Star Wars to Alien to Solaris, I feel sci-fi has a unique ability to shed light on our humanity. We’re at our most vulnerable, our most human, when we’re far from Earth. The science – and the poetry – behind 113 Degrees comes from a real-life incident on the International Space Station. During a spacewalk to find a coolant leak, an ISS astronaut remarked with some surprise that the ammonia flakes looked like snowflakes. This is not my first film in which I use Winter as a metaphor for a failing relationship, yet in 113 Degrees fire and ice have equal importance. Because underneath it all, Joe burns for Francesca as she burns for him. And if love destroys – 113° is the highest core body temperature humans can withstand – it also saves us. I favor this sort of complexity in my films, and I find flawed characters who are fundamentally good (but evil when hurt) endlessly fascinating.