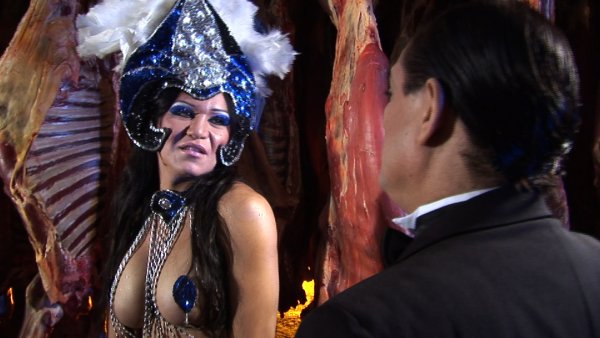 Murder of Naivety. A girl leaves the countryside and runs away to the city. She leaves behind a story of perversion. In the city she meets an indigent man, and momentarily they share their misery. She cannot run for too long. A shadow from the past returns to horrify her, and who then gentles her heart. Hunger and necessity finally bend this already trampled spirit. Is there a light at the end of this tunnel?

Carlos Tarabal was born in Montevideo, Uruguay in 1961 and migrated to Paraguay in 1979. He started his career as an actor at the Arlequin Theater in 1987 under the direction of Arturo Fleitas, Carlos Aguilera, Jose Luis Ardissone and others. On television, he started his career as a co-producer and actor in enetertaining programs like: Blop, Canal 13, and Póquer de humor. He is the creator, director, co-script writer and co-producer of the television series "Sombras en la noche" which was broadcast from 1993 to 1997 in Asunción, Paraguay. In 2003 he conducted and co-produced a reality program of his creation about the Paraguayan Volunteer Firefighters Squad called: "Emergencias 132."