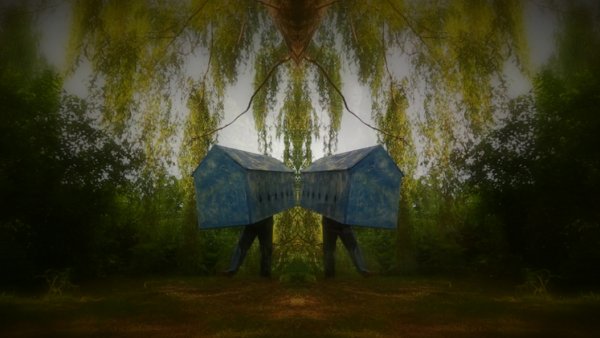 A young, artistic man experiences visions of a world that he once knew with sight. Having never fully come to terms with a boyhood train accident that left him blind, he encounters potent, surreal apparitions both in his dream life and his waking life. As his poetic imagination flourishes, he rediscovers sincerity.

As a Canadian multi-disciplinary artist, John Graham is based in Saskatoon, Saskatchewan, Canada. His ever-broadening art practice spans many media including experimental film. His 7 independent short films have been screened at over 100 film festivals worldwide in 24 countries and have won several awards.

Most people are baffled, amused and even impressed by the language of their dreams but remain dismissive of these strange narratives. Fewer still are motivated by inner visions to change their lives. This is unlike the blind character in SINCERUS. His mind's eye fluidly transfers his dream life into his waking reality. His night dreams are also poetic laboratories. The spontaneity and beauty of these interior experiences inspire him to emotionally transform. SINCERUS portrays that blind people also seek inner emotional truths in their lives.

Director John Graham will be available for Q&A after the screening.