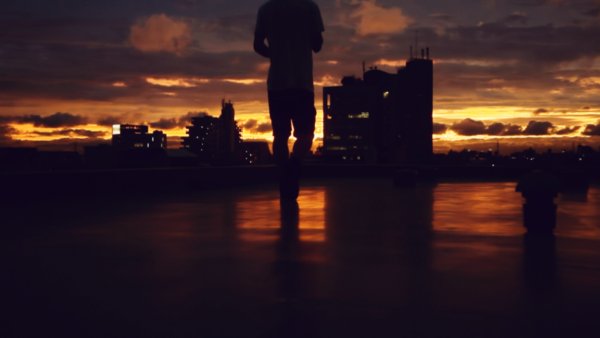 With Tokyo as natural background, the film is an introspection that goes deep into the unpredictable aspects of life, doubts, fears, and the passing of time. It implies the idea of experience, the paths we might chose to follow and the journey we embark on.

Skateboarding and snowboarding is when Matthias Negrello, quite unintendedly, built his taste for film making and all things looking fine on picture. A follower of the rave-techno scene, he is the founder of Icone - a collective that has collaborated with internationally renown artists. Always craving novelty, he has worked on projects from street art to modern dance and fashion, which led him to Los Angeles, where he worked on international events with artists such as Madonna. After years as director with production companies, Matthias joined forces with peers to start Today The Twelve, creative studio. Now a free agent, Matthias widens his scope and enriches his work by encountering new people and new opportunities, easily moving on to artistic direction, consulting and scenography. Over time, his approach is more and more characterized by minimalist aesthetics. Genuine melancholy with a pinch of romance, roughed up by a strong urban culture.

Director Matthias Negrello will be available for a Q&A after the screening.