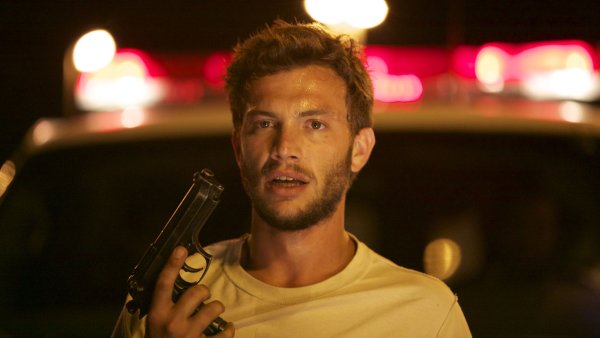 Dora spends her time photographing Israeli military funerals and commemoration ceremonies. She is trying to capture the face of a soldier that haunts her. When she meets Yossi, a rebellious young man just out of military service, they begin to fall in love. They have an unwritten contract to never speak of their past. But they cannot escape, and their love is put to the ultimate test in this neo-noir drama.

Brooklyn Film Festival alumni Matan Guggenheim is an Israeli filmmaker who, unfortunately, is not related to the Guggenheim Museum. He was born in Jerusalem in 1977 on his father's birthday. In 1999, after three years of weird, ludicrous, intense, crazy and pointless obligatory military service as a combat fighter in the Israel Defense Forces (IDF), he went on to fulfill his Sisyphean destiny by studying cinema at Tel Aviv University. His controversial graduating film "Crickets" dealt with people gambling on terrorist attacks, and won numerous festival prizes including Best Short at the 2005 Brooklyn Film Festival, as well as a special prize from the UN for best political movie at the New York Film Festival, and was exhibited in more than 70 film festivals around the globe. "Paradise Cruise" is his first feature film.

Director Matan Guggenheim will be available for Q&A after the screening.