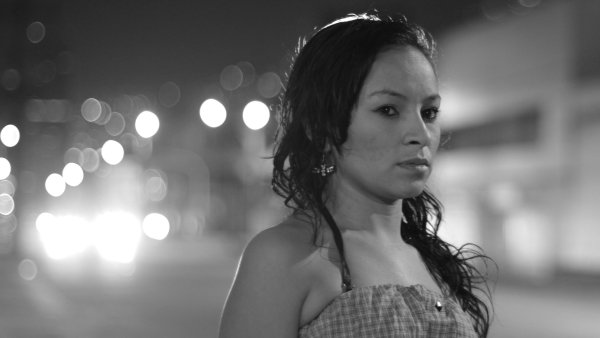 A European photographer in Colombia takes portraits of street prostitutes against their wishes. The portraits are exhibited in London where the gallery environment obscures the moral problem of their creation. Documentary footage then shows the film's directors' persuading the reluctant Colombian prostitutes to take part in the filming for money. Is the fictional story or the real creation of the film morally wrong?

Anna Valdez Hanks has co-directed three shorts with director Anna Blandford. Their work has developed towards creating a reflexive authorial voice to discuss themes such as ethics, sex and identity.
Anna Blandford is an award winning filmmaker. Her work in experimental short films and digital commercials have screened at festivals and art galleries worldwide, including Tate Britain and the Pushkin Gallery, Moscow. Anna was selected onto the Producers Forum Mentoring Scheme in 2013 as a director. Anna's latest short has secured full financing from the BFI film fund.

‘Untitled, 2013’ is the third collaboration of directors' Anna Blandford and Anna Valdez Hanks. Their work has developed towards creating a reflexive authorial voice to discuss themes such as ethics, sex and identity.