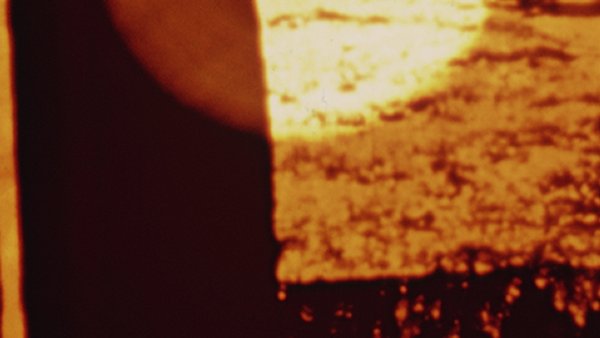 This cameraless film is based on a recurrent nightmare from my childhood, a night terror of a yellow specter riding a horse. The filmstrip has been destroyed by multiple expositions with a flashlight, hand-processing and a heavy noise soundtrack composed by Éric Gingras.

Graduated from Concordia University with a Major in Film Animation, Guillaume Vallée is interested in radical forms of animation and analogue techniques as a way of considering the direct interaction between different mediums. His work is an exploration of materiality within the creative process. In attempts of creating a more complex relationship with his subject matter, Vallée makes use of cross-medium forms that range from camera-less techniques to optical effects and found-footage, often resulting in surreal and chaotic imagery. As a member of Montreal's artists collective Groop Index, he's activly involved in events organization that bring forward the idea of hybridity, acting as performer, installation artist and experimental film & video director. He's the cofounder of Organes Variables collective with french artists Marine Vergne Figliolini & Floriane Musseau. The main goal is the diffusion of work from emergents artists from Québec and France with a quarterly publication and distribution via different platforms. He's currently doing a Master degree in Studio Arts - Film production option at Concordia University.