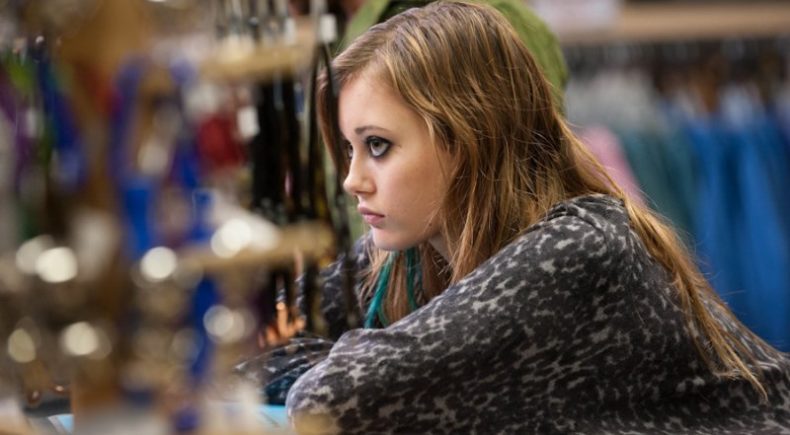 Mackenzie, a troubled but daring teenage girl, is sent to live with her uncle in Juneau, Alaska. She longs for her struggling, absent mother, but as her mom's phone calls become less frequent and her uncle's care is not what it seemed, she must flee. Her only thoughts are to escape her uncle's grasp and find her mother somehow, but as she plunges deeper into the Alaskan interior she is suddenly helplessly alone. A chance connection with a loner backpacker, Bart, proves to be her only lifeline. As Mackenzie shadows Bart across the last true frontier, she thwarts his efforts to cut her loose until Bart has no choice but to help her survive in the wilderness. Against the backdrop of spectacular Alaskan landscape, they discover the redemptive power of friendship. Mackenzie and Bart prove to be the unlikely salve for each other's scars, until the damage Mackenzie carries with her threatens to destroy her newfound sanctuary. Returning to civilization, Mackenzie is once again at risk of capture by her uncle as he hounds with manipulative calls and messages. When Bart finally discovers her alarming secret, he must make a bold choice to take real responsibility for Mackenzie and help her escape her traumatic past once and for all.

Frank Hall Green is a writer/director and producer and partner at Catch & Release Films. Along with partner and producer Tom Heller (Foxcatcher, Precious, 127 Hours, Mud), Catch & Release is producing the adaptation of Boy21 by Matthew Quick (Silver Linings Playbook) to be directed by Lasse Hallstrom (Whats Eating Gilbert Grape, Cider House Rules). Frank's award-winning directorial debut feature Wildlike (2015) has been invited to over 75 film festivals and has won 16 Best Film awards. It comes to theaters in 2015. It was produced by Christine Vachon/Killer Films, Tandem Pictures (Sleepwalker) and Joseph Stephans. Filmed on 35mm in Alaska, it stars Ella Purnell, Bruce Greenwood, Brian Geraghty, Nolan Gerard Funk and Ann Dowd. Frank is also a producer on Remittance, the sophomoric feature of writing/directing team Joel Fendelman and Patrick Daly. Recently, he produced Ghetto Klown for HBO, the award-winning one-man show of John Leguizamo. He was a producer on Allegiance and 1-900-Tonight starring John Turturro based on the film by Theo Van Gogh among many other features and shorts. Frank cut his teeth producing and directing far too many short films and has an MBA from NYU's Tisch School of Film & Television. Before NYU's Graduate Film Program, Frank worked in Venture Capital and emerging technology. From Atlanta, he is also an alumnus of NYU's Gallatin School, an avid backpacker and a member of MENSA.