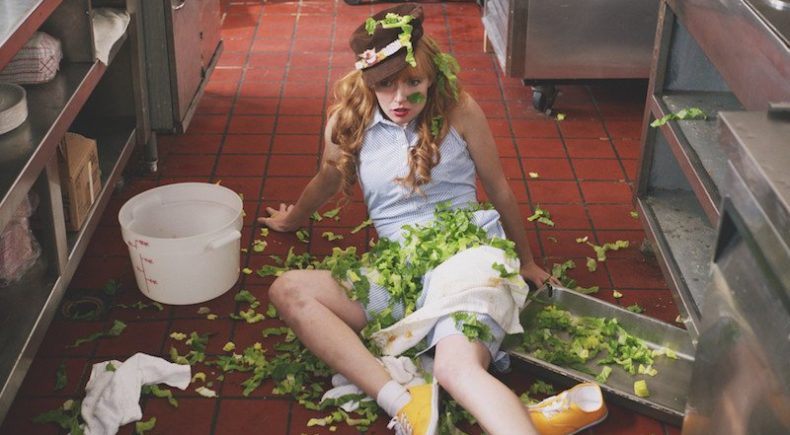 Candy injects the "fun" in her dysfunctional life. When your brother is found by a neighbor naked and drunk, you're stuck with a caveman of a boyfriend, you have a dickhead boss, and the madness of everyday life competes with your mother's desperate need to appear normal, it takes everything inside of you to find hope. But maybe being normal is just a construct for other people. Maybe busting out of that everyday life is more important than fitting in. After years of trying to save everyone but herself, high-schooler Candy Cahill decides it's her turn. Set against the backdrop of New York's largest mental hospital in the 1980s, Creedmoria is the story of one girl's dramatic getaway attempt. Family, after all, is an institution. Sometimes you gotta break out.

Alicia Slimmer's debut feature film, CREEDMORIA, took home the jury prize for Best Narrative Feature Comedy at Cinequest Film Festival in March. CREEDMORIA is a film Slimmer produced and wrote, borrowing many elements from her own life growing up in Queens, NY, in the 1980s. Her previous short film, MY FIRST CAR, premiered at Dances with Films Festival in LA and won Best Comedy at the 24th Annual New School Invitational Film Show. In 2015, Alicia joined two prestigious groups of women filmmakers: NYWIFT and Film Fatales. She has worked on many independent films as an actor, assistant director, set dresser, and producer. Her indie approach has been highlighted in Entertainment Weekly online, The Wall Street Journal online, Pulse, and Indiewire. She lives in Brooklyn with her husband Clifton Leaf, a magazine journalist and author, and their daughter.

CREEDMORIA is my feature film directorial debut. It’s loosely based on my life, growing up in Queens, New York, during the 1980s, right outside the gates of the Creedmoor psychiatric center. It was a time ripe with teenage tension. Hot rods blasted Heavy Metal. New Wave was pushing out Classic Rock. Parents didn’t know where their kids were, or were too drunk to care. It was an eat-or-be-eaten time and High School was a place to survive. I set out to create a movie that would resonate with people who grew up during that time and also, teens of today—many of whom face the same, if not worse, social challenges. This film is indie to the core with a great emphasis on cinematic style, design, dark humor and music. Many of the scenes were shot wide and in one take. A lot of attention went in to framing the shots so that the person with the most control is always front and center. I wanted to make an indie film with a lot of heart and a big Hollywood ending, where the girl runs away with the guy—only the guy is her younger brother.