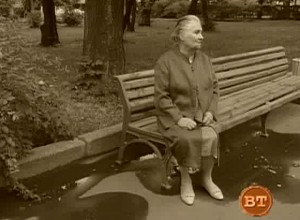 VOICES FROM THE SILENCE

"Voices from the Silence, Women in Intelligence" is a unique project because Russian intelligence services declassified their archives and disclosed the names of ten female officers exclusively for the authors of the film. The documentary shows how these 10 women made changes in governmental policy and world history. Some of the characters of the film are illegal agents who worked in many different countries hiding their real identities. The project is interesting not only for showing world history from a new viewpoint but also for the fact that each character tells her own story mentioning even the smallest details.

Oksana Barkovskaya was born in 1973 in a family of Russian General Staff colonel. Graduated from Slavianin philosophy department of Sofian University. Lived in Moldova for a few years and work as a political observer in some newspapers. Oksana was a head of PR campaign for President of Moldava Peter Luchinskiy. In 1996 as an independet journalist received UN special award. Since 1997 worked on ORT channel in "Good morning" program. In 1998 became an observer of "War secret" program on REN TV channel. She is an author of 10-series documentary film "Sects". "Where are you star boy?", documentary film "Russian Knights in the sky", documentary project "Russian Titanic", documentary film "Stolen bomb". She is one of authors of documentary series "Declassified Russia". She had received national RV award "TEFI 2000".