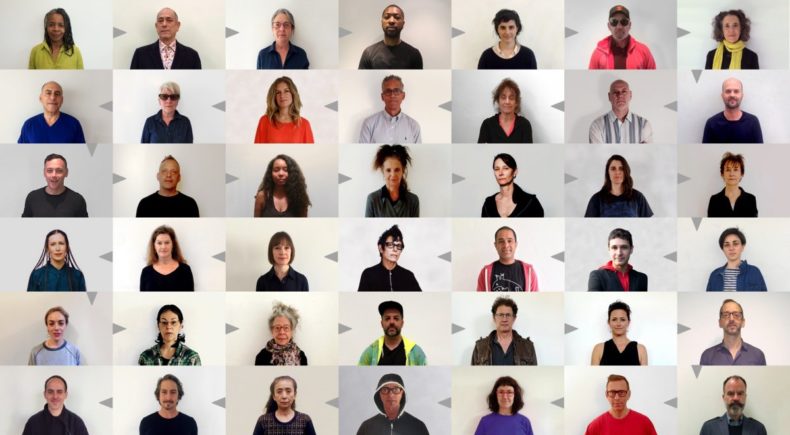 42 American contemporary choreographers link together on a chain love letter to dance.

Prior to becoming a filmmaker, Mitchell Rose was a New York-based choreographer. His company toured internationally for 15 years. Eventually he was drawn more to visual media and graduated from The American Film Institute as a Directing Fellow. Since A.F.I. his films have won 84 festival awards and are screened around the world. The New York Times called him: "A rare and wonderful talent." The Washington Post wrote that his work was "in the tradition of Chaplin, Keaton, and Tati-funny and sad and more than the sum of both." Mr. Rose tours a program called The Mitch Show, an evening of his short films together with audience-participation performance pieces. He toured The Mitch Show in Kosovo as a U.S. State Dept. Cultural Envoy. Mr. Rose is currently a professor of filmmaking at Ohio State University.

Exquisite corpse is a literary form where a story is passed from writer to writer, each picking up where the previous left off. Exquisite Corps is a dance version of that, and the my fourth (and final) film in my ¡°Hyper-Matchcutting" series ¡ª films where every adjacent edit is perfectly aligned in position and continuity. This technique of Hyper-Matchcutting has the effect of creating equalization. When a new image takes the place of an old image, with the same continuity of action, it says, These things are equal. I wanted to bring that equalization to a community of choreographers. When I was choreographer, I remember a certain sense of competitiveness I felt, sitting in my office working to get gigs and grants. And that was unfortunate, because really choreographers are members of a great family. In this film, I wanted to create an ode to that connectedness, to assemble a broad community of artists, tying them together with a common goal while honoring their differences and eccentricities. And in doing so, create a love letter to dance.