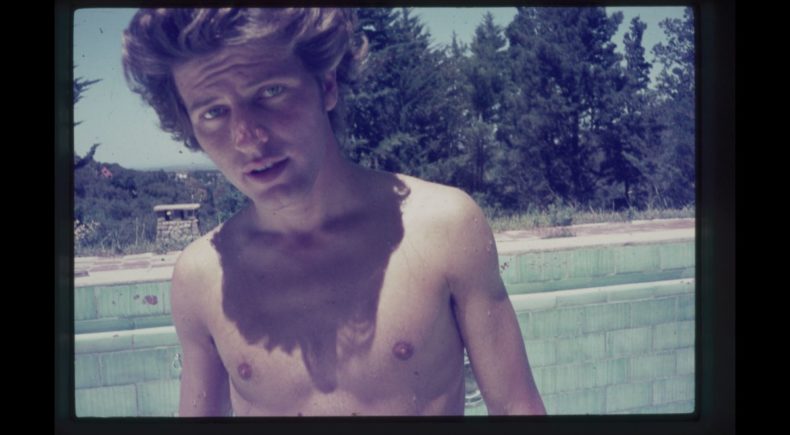 SILENCE IS A FALLING BODY

The film follows Agustina as she finds the videotapes that her father Jaime recorded before the accident that took his life. The family secrets surrounding Jaime push Agustina to get involved. Her search will reveal a story marked by Jaime´s Homosexuality and political activism, completely visible until he got married at the age of 40, and then kept in absolute secret.

Agustina Comedi was born in Córdoba, in 1986. She studied Modern Literature and Technique in Correction of style at UNC. She moved to Buenos Aires and attended the script workshops of Pablo Solarz for three years. She is also formed in the workshops of Mauricio Kartún, Ariel Barchilón, Marta Andreu and Gustavo Fontán. She began his career as a screenwriter. She collaborates in the writing of the script of "Juntos Para Siempre" by Pablo Solarz. In 2015 she wrote "La Vuelta en Cuento" an animated TV series of 26 Chapters for Paka Paka Chanel, of which she is an author and screenwriter. Wrote the scripts of "Transformación" directed by Iván Wolnik, "Almanza" by Ignacio Leónidas and Agustina Triquell's "La Inteligencia de las Flores". In mid-2017 she finished her Opera Prima "El Silencio es un Cuerpo que Cae" a documentary film winner of several development awards, among them IDFA, Morelia, and Raymundo Gleyzer. "The Silence is a Falling Body" had its World Premiere at the IDFA Documentary Film Festival (Holland). He also works as a teacher of the Audiovisual Workshop of the Popular Bachelor Raymundo Gleyzer and has been advising projects for more than four years.

For many years making this movie was for me a dilemma. How to tell your own story when it´s also the story of others? Why tells secrets, when for a long time there was so much effort in keeping them as they were and not precisely with guilt or pity? Why try to make others tell that that makes them so uncomfortable? A few years ago when Argentina sanctioned a law allowing gay marriage, an activist said that that triumph was not only ours, because we walked over footsteps. Everyone in my movie, in my story, left a print. Together we built a net of affection and activism that I hope after watching "Silence is a falling body" keep printing out more footsteps to keep walking over.