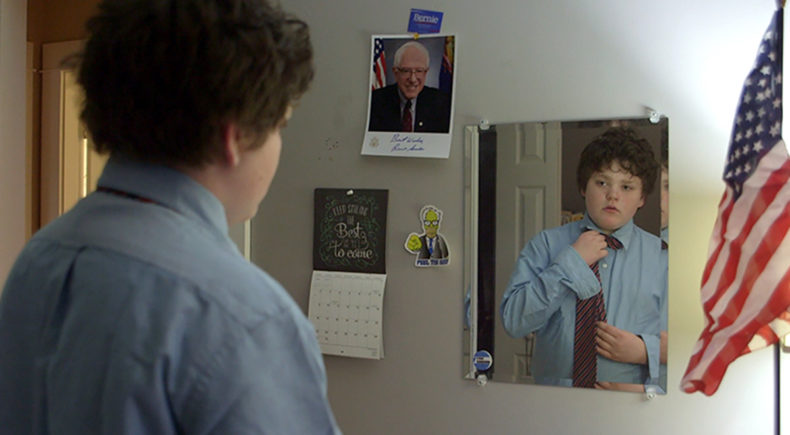 Ethan Sonneborn is 13 years old. He loves dogs, basketball and fishing — and he's running for governor of Vermont. Yes, you heard right. Vermont is one of two states that does not have age restrictions to get on the ballot. A Democrat, Ethan describes his platform as “practical progressivism.” He knows that he’s going to have a hard time getting votes because of his age, but he’s eager to send a message to young people that they can make a difference in the era of Trump.

Ethan didn’t grow up hearing political chatter across the dinner table. In fact, his dad has never voted. But at five years of age, Ethan bought a book featuring Robert F. Kennedy at a local garage sale and his love of politics was born.

Ethan 2018 follows his political campaign from his declaration of candidacy in August 2017 through election night one year later, in August 2018. Along the way, we meet his campaign team (all fellow teens), hear from everyday Vermonters, and watch Ethan maneuver politics like a seasoned pro. Win or lose, there's hope for the future.