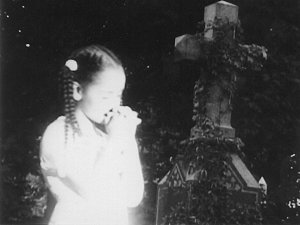 "House on Fire" is about what many call perhaps the most serious threat to the survival of the African-American community since slavery - AIDS. Despite comprising only a 13% of the U.S. population, African-Americans represent nearly 60% of those infected with AIDS. House on Fire explores the nature of this epidemic, its causes and how the community is positively responding to it. Featuring men, women and children who are infected with HIV, others who are greatly affected by it, as well as notable personalities such as poet Maya Angelou, NAACP President Kwaasi Mfume, Congresswoman Maxine Waters, civil rights activist Julian Bond and U.S. Surgeon General David Satcher, House on Fire is an emotional call to action and soulful tribute to the power of communal unity.

Mustapha Khan is an Emmy Award-winning director of films about hope, heart and soul. Over the past twelve years, Khan has made numerous critically-acclaimed documentaries, children's films, television specials, commercials and music videos; and has been the director of choice for artists such as: Gloria Estefan, Bill Cosby, Quincy Jones, Sinbad, Big Bird and nearly every other Sesame Street Muppet. Khan is a graduate of Harvard University and currently lives in Brooklyn, New York.