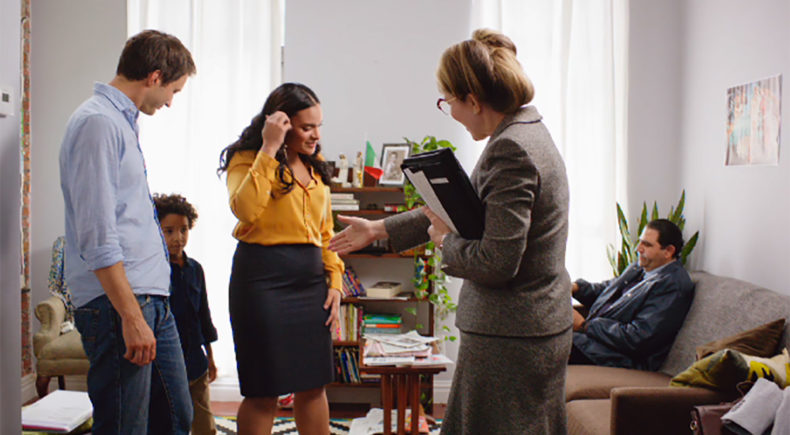 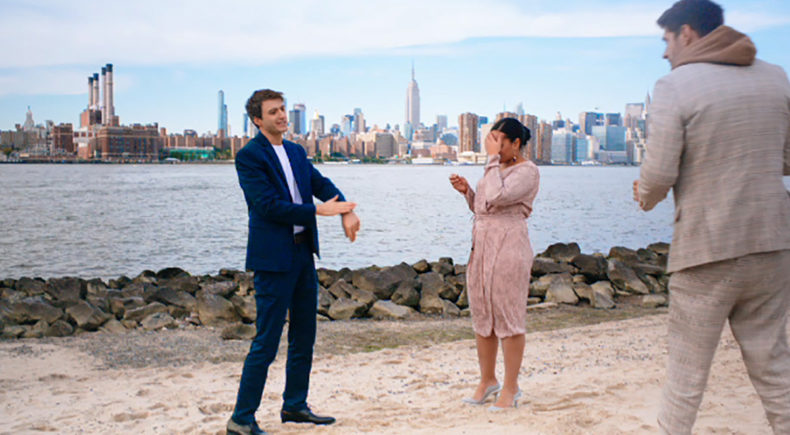 Leonardo, an Italian immigrant who lives in New York, marries a Latina woman, Nikki, to obtain the American greencard. Through the comedy of it all Nikki and Leo fall in love “for real” but it looks like ""Uncle Sam"" will be the one to have the last laugh.

Giorgio Arcelli Fontana started his career in Italy where he directed the feature film “Principessa” starring Piera Degli Esposti and Michele Riondino. “Principessa” has been released in theatres nationwide in Italy and was acclaimed by the critics and the public. It was selected at the Bobbio Film Festival by the Italian director Marco Bellocchio. “Principessa” was also selected for the important “Assisi Film Festival”, the city where Saint Francis was from. “Principessa” was also considered for the debut director award for the “David di Donatello” (the Italian Oscars). “Principessa” also won the Best Actress Award at the US Greenville Film of South Carolina. Subsequently “Principessa” has been released worldwide on iTunes with title “Part-Time Princess”. After his debut film, Giorgio moved to New York where he successfully undertook the career of stand up comedian, performing in New York’s major stand up club, while continuing to direct and act in short films, working with Meghan Markle, Leandra Medine, Kelly Osbourne, Edgar Ramirez, Ian Sommerhalder and James Ivory. Giorgio has just signed to play the leading role of “Heywood” in the feature film “Dance Again With Me, Heywood”, a “fellinian” movie directed for the US market by the acclaimed young Italian director Michele Dioma.

I am an Italian immigrant who loves America. I’ve been living here for 7 years. My house, my job, my friends, my beloved ones are all here. America is now my home. Still, every year I have to renew my working immigration visa because, being a foreigner, I am not eligible for US Citizenship. Every year is a drama: have to gather several recommendation letters, update my portfolio with the most recent press articles and, moreover, find a new sponsor or employ: the Immigration Department doesn’t value, apparently, that my current employer wants to renew my contract. I’ve been lucky, always managing to renew my papers, able to travel back to Italy to pick up my new visa (the Immigration Department prefers if you pick up your visa abroad). But what if I wasn’t that fortunate? What if I didn’t have the time or the money to go back to Italy? What if I was from India or from Iran?

I heard stories of people that have been detained at airports for days. One person’s main crime was trying to sneak into the country his grandpa’s signature salami. As a result, they would take all of this person’s food, put them in the prison hallway, and make you eat the garbage scraps they have lying around If they suspect you of something, they interrogate and harass you until you unintentionally confess to some infraction so they can send you right back! I imagine this interviews not very different from the Soviet police in communist Russia. Not to mentions the cruelties that are happening right in this moment, parents are separated from their children. The parents are sent back on planes to their countries; the children are host in some US facilities, and who knows when they will see their parents again! To stay in America and be free of this nightmare, many immigrants end up marrying a friend or even someone they don’t know and they pay them for it (like in our film). I’ve heard of even my straight friends getting in gay marriages… and gay friends in straight marriages just to get citizenship!

Every year hundreds of people who are already living here and have families in the US, are denied the citizenship and sent back to the country they left far behind. While the media focuses on illegal immigrants and immigrants from poor countries, this also happens to educated professionals like Leo in American Marriage. Even if he regularly pays taxes and legally pays his American employees, this country wants him gone. While he may have been legally working in the US for many years, people like him are regularly sent back to their countries for no apparent reason. This movie is to give voice to these immigrants, who will do whatever it takes to stay in America and live their “American Dream”.