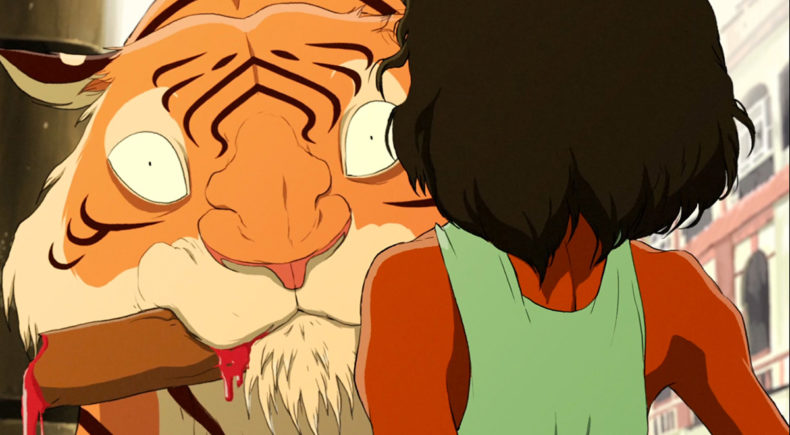 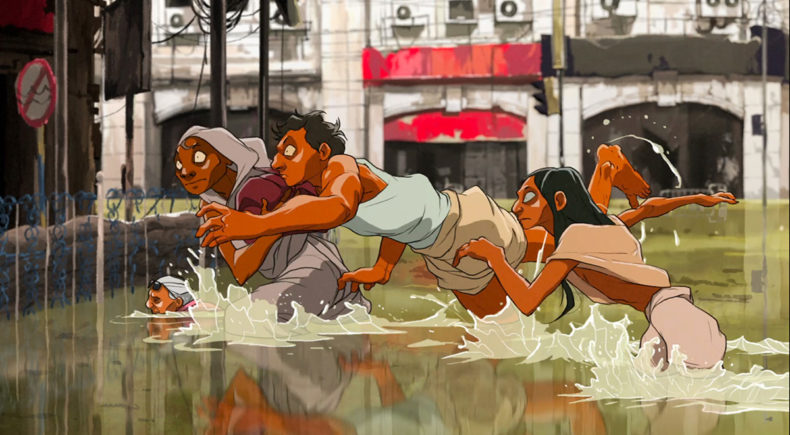 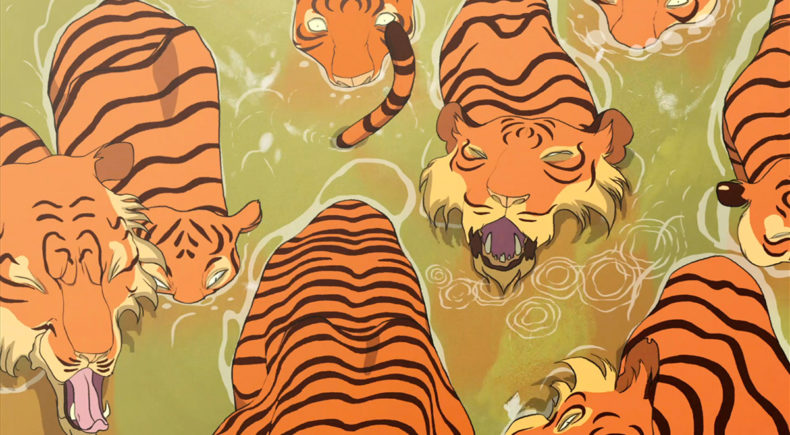 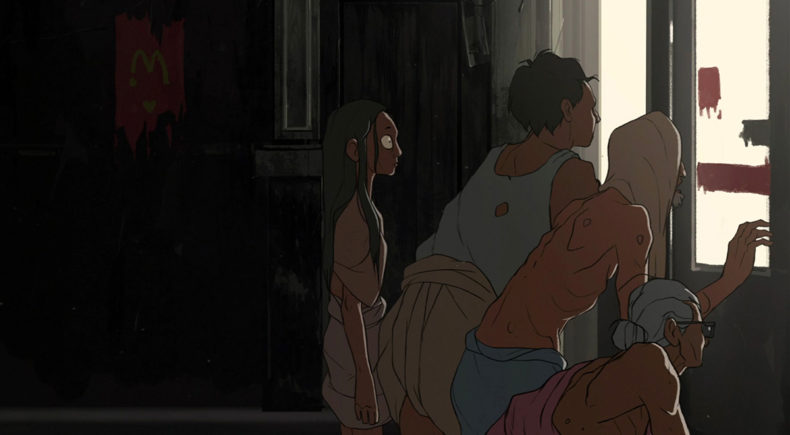 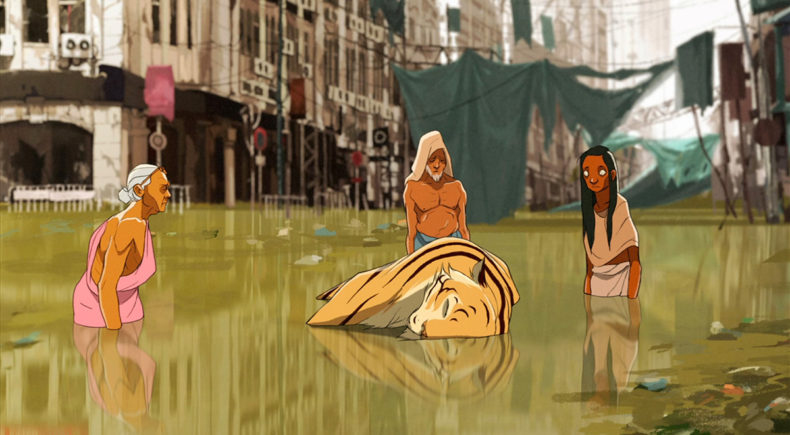 In a version of Kolkata, India rendered unliveable by sea level rise, things take a dark turn when a family of climate change refugees are ambushed by a tiger on the flooded streets.

Upamanyu Bhattacharyya - A graduate from NID Ahmedabad, Upamanyu is an animator, filmmaker, comic artist and illustrator. He co-directed ‘Wade’ with Kalp Sanghvi. He is a founding partner of Ghost Animation, Kolkata.

Currently, he is finishing work on his next solo animated short film, ‘Ten’, a dark comedy about the mass exodus from Bangladesh in 1971. He is also developing his first animated feature film, ‘City of Threads’, set in Ahmedabad in the 1960’s.

Kalp Sanghvi - A graduate from NID Ahmedabad, Kalp is an animation filmmaker and illustrator. He co-directed ‘Wade’ with Upamanyu Bhattacharyya. He's a founding partner at Ghost Animation Collective, Kolkata.

He is currently developing his first animated series ‘Rajbari: The Ancestral House’, a fantasy family drama set in Kolkata.

Being from Kolkata, India, we set out to engage head-on with one of the most pressing problems of our region: climate change. We challenged ourselves to make a 'climate change nightmare', visualising and making tangible the grim future of our city and exploring what humans and animals alike would do to survive. We hope that people who watch this film are compelled to imagine what their lives look like as climate change takes its toll over the years, and ensure that they do all in their capacity to avoid such futures for our communities.