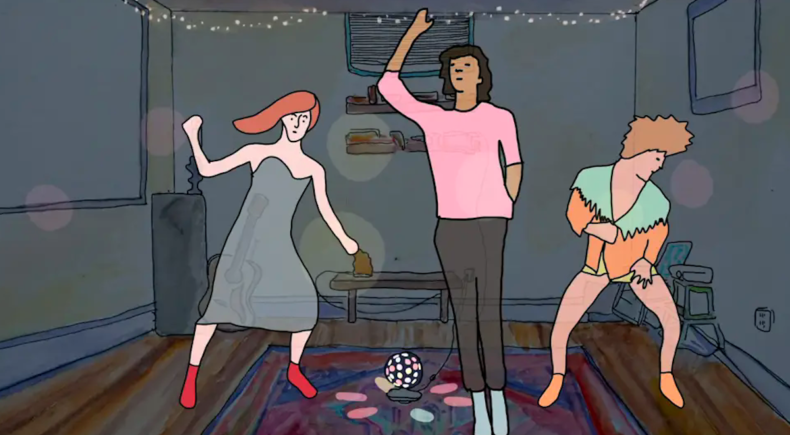 Wherefore Art Thou, Theo? is a short animation documenting the series of voicemails my mother sent me during a time of loss.

Theodore Schaffer grew up in New Haven, CT and currently lives in Brooklyn, NY. He majored in English Literature and minored in Film Studies at Georgetown University, and studied filmmaking for 6 months at FAMU in Prague, CZ. Theodore has experience in a multitude of film mediums, including animation, narrative and documentary. Shortly after college Theodore wrote and directed A Night in November, a live-action narrative film that centers on a 15-year-old boy's encounter with an older boy at a high school party. Theodore believes that technology and social media have led to a great sense of anxiety in his generation and that filmmaking can be a very cathartic method of self-awareness. His most recent project is an animated documentation of his mother voicemails during a time of loss, and his upcoming project is a short animation about a family that experiments with edibles on a "trip" to a museum.

My mother's voicemails have always been a running joke between my siblings and friends. On occasion I would play them at random — "Theo, It's Momo, I'm on my way to Costco!" We would all laugh because they were so specific and therefore useless, speaking to how outdated the "voicemail" feels today. Why should I care you went to Costco at 3pm yesterday when I have my own life to deal with? The fact that I saved two years worth of these messages was a mere accident; I was honestly just too lazy to delete them. It wasn't until I looked back and realized I had so much funny content that I thought to make something of it. At first I didn't see how to string together a story with an arc, and so abandoned the project for a while. When I listened again after a few months, I noticed there was a thread beneath the humor that I had missed: my mother referencing her own mother, Arden. During the time span in which I kept her voicemails, Arden was slowly deteriorating in health and eventually passed away. In the same way I missed these calls in the first place, I continued to overlook their significance. Though the messages were in the voice of my mother, they also spoke to the state of my own life at the time. Where was I when I wasn't picking up the phone? And so, Wherefore Art Thou, Theo? is about misconnection; though my mother had been sending comfort and support, I was not emotionally available to receive it. I now see it as a sign of my own maturing that I was able to mend this connection after all.