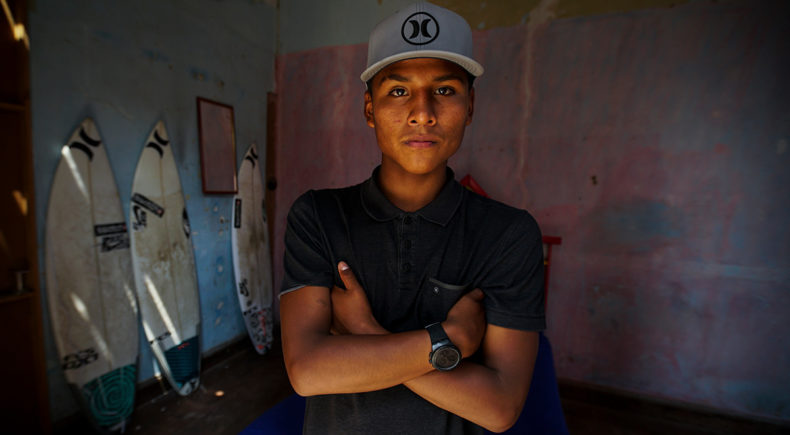 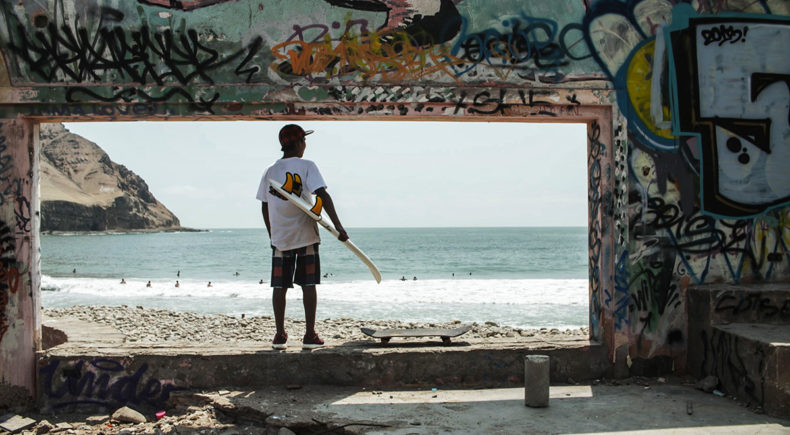 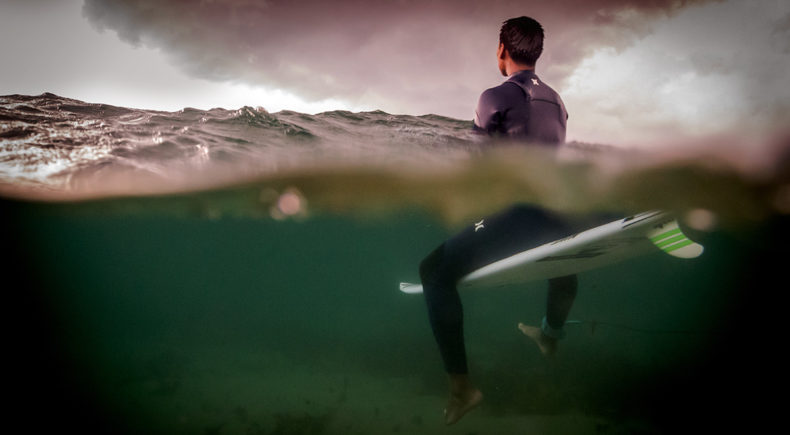 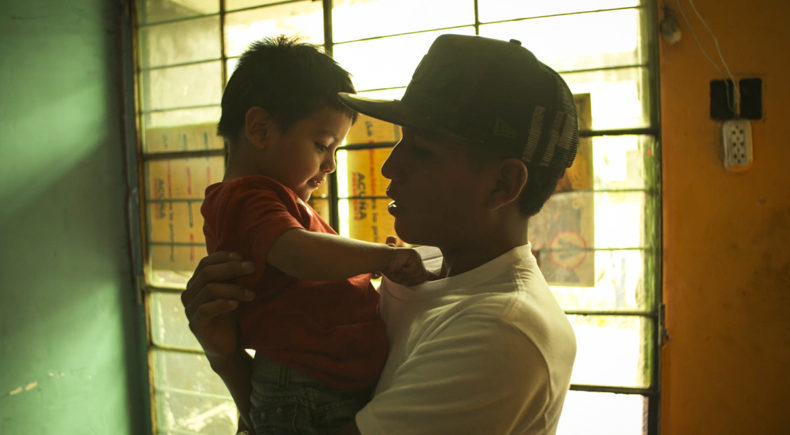 Into The Storm [En La Tormenta]

A troubled teenager from a crime-ridden barrio of Lima, Peru, struggles against the odds to realise his dream of becoming a professional surfer and lift his family out of poverty. Taken under the wing of a former world champion, he flourishes. But barrio life proves hard to escape and he is caught up in a drive-by shooting. His surfing suffers until his father is released from prison. With his father's love and support, his results suddenly match his potential and his life is transformed.

Adam is a British filmmaker with a passion for sharing inspiring, character-driven stories. Into the Storm is his first feature length documentary.

Adam began his professional career in the camera department, working as a cameraman in sport, and then latterly as a DP/director for factual, documentary and promos. Adam's filming work focussed on telling human stories in challenging natural environments. Shoots have included filming extreme skiing in backcountry Alaska and ultra-marathon running in the Amazon.

Finding that it was the documentary elements of the stories that interested him most, Adam started to develop this part of his work. On a shoot in Peru in 2014, he came across Jhonny Guerrero and started to film his journey to make it out of the barrios of Lima and become a pro surfer.

Over the course of the last 6 years, Adam has pursued this project, juggling his regular work and raising his own young family, whilst managing to be there filming at Jhonny’s side during the key moments of his incredible story.

When I started the project I didn’t know that Jhonny’s father was in prison and never expected that Jhonny would be shot at age 16 or that his comeback would be so dramatic.

Initially this seemed like an amazing opportunity to tell a fresh, grassroots story, away from corporatized mainstream sport. I was captivated, like everyone else, by Jhonny’s raw talent and drive and the fact that he came from this really dangerous barrio, made his abilities doubly impressive.

I am a (not very good) surfer myself and so I have a deep love for the ocean and for surfing. What intrigued me was how this 'soul sport' has become perceived as a way out, a ladder for success for children from developing countries who have limited opportunities but access to an abundance of the key natural resource - waves.

I set out to capture the key moments in the life of Jhonny Guerrero, starting at 14 and filming him to adulthood, as he attempted the seemingly impossible task of escaping his life in the barrio and making it as a pro surfer. Little did I know the journey it would take us on and that Jhonny would end up under so much pressure to make it and almost lose his life.

It was really hard filming Jhonny at first – a learning curve for both of us. From the start I wanted Jhonny to be able to tell his own story in his own voice and in his own words; for him to be able to show the audience first-hand the precariousness of his life growing up in the streets of Lima - the poverty, the lack of opportunity and the danger.

I filmed him verite, and backed up this observational process with lots of interviews. I interviewed him constantly over the 5 years, to the point where I don’t think he wants to do another interview as long as he lives. This meant that I could uncover his inner thoughts which weren’t often clear just by observing him. I wanted the audience to feel they were there in those streets with Jhonny and in his head as he wrestled with life changing problems. Jhonny was brilliant at expressing himself and explaining the complex emotions he was wrestling with - problems far beyond the capacity of most teenagers.

Visually, this chaotic, sprawling urban environment, set against the backdrop of the Pacific coastline was something that fascinated me. There is a certain bleakness to growing up as a surfer in Lima that I wanted to convey; the grey skies and a sense of being on the edge of the surfing world.

Whilst this story is set in the world of modern contest surfing, ultimately it is a tale as old as time - a boy with a dream and the relationship between a father and a son - a bond that must be healed in order for the boy to succeed.

I was deeply inspired by the trust put in me by Jhonny, his family and the community in which he lives and surfs. It is a huge privilege to tell Jhonny’s story, and I hope that he will inspire other young people who are struggling and help them to realise the power of the human spirit to overcome life’s greatest challenges.